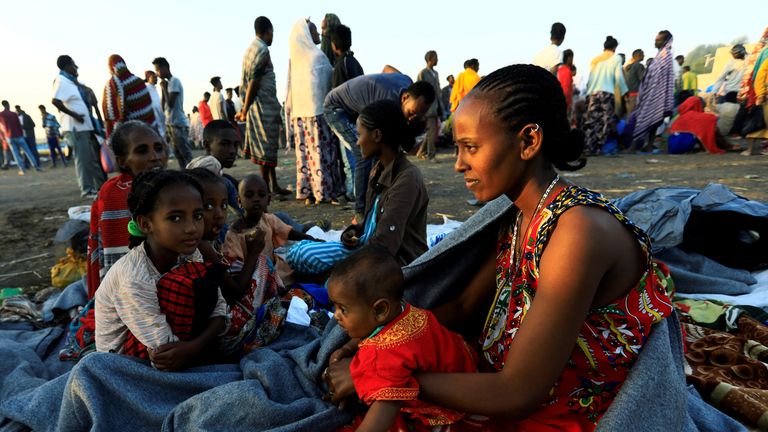 An IPC analysis update conducted in Tigray and the neighbouring zones of Amhara and Afar by the United Nations and other aid groups concludes that over 350,000 people are in Catastrophe (IPC Phase 5) between May and June 2021. This is the highest number of people in IPC Phase 5 since the 2011 famine in Somalia.

This severe crisis results from the cascading effects of conflict, including population displacements, movement restrictions, limited humanitarian access, loss of harvest and livelihood assets, and dysfunctional or non-existent markets.

In the areas where data was sufficient to conduct a projection analysis, the situation is expected to worsen through September 2021, with 4.4 million people (74% of the population analysed) in Crisis or worse (IPC Phase 3 or above). Among these, an estimated 400,000 people are expected to face Catastrophe (IPC Phase 5). These estimations take into account an expansion of humanitarian assistance to reach 60% of the population. If the conflict further escalates or, for any other reason, humanitarian assistance is hampered, most areas of Tigray will be at Risk of Famine.

This IPC analysis serves as an urgent call for the delivery of crucial life-saving assistance for the millions affected. Urgent action is needed to scale up the geographic coverage and quantity of assistance: more people need more assistance, more consistently, in all affected areas.

Despite significant ongoing humanitarian food assistance, an estimated 5.5 million people (61% of the analysed population in Tigray and neighbouring parts of Amhara and Afar) are facing high levels of acute food insecurity (IPC Phase 3 or above) as of May – June 2021. Of these, about 3.1 million people (34%) are classified in Crisis (IPC Phase 3), 2.1 million people (23%) are in Emergency (IPC Phase 4) and 353,000 people (4%) are in Catastrophe (IPC Phase 5). The zones where active conflict is ongoing and other hard to reach areas, namely North Western, Central and Eastern zones, register the highest levels of people in IPC Phase 4 and 5.