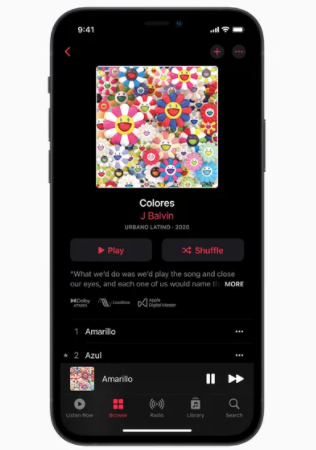 Hear Every Detail With Lossless Audio. Immerse Yourself In 360° Sound

Apple Music is getting two big updates next month: support for high-quality, lossless audio and for spatial audio through Dolby Atmos. But even more surprising, the features will be available for free to all subscribers, including those on family and student plans. The company says it’ll have 75 million lossless audio songs in its catalog by the end of the year and 20 million to start.

Apple has confirmed to The Verge that lossless audio is exclusive to Apple Music and thus subscription-only. The company won’t offer music purchases in lossless quality, nor will there be any way to upgrade owned tracks to lossless with the paid iTunes Match service.

To turn on lossless audio, subscribers must run the latest version of Apple Music and can go to Settings > Music > Audio Quality. There, they can opt into different resolutions for different connections, like cellular, Wi-Fi, or for download.

Apple Music’s lossless audio starts at CD quality, which is 16 bit at 44.1 kHz, and goes up to 24 bit at 48 kHz natively on Apple devices. It tops out at 24 bit at 192 kHz. For the highest-quality “High-Resolution Lossless” experience, there’s one major catch: subscribers will need external equipment like a DAC to enjoy it.

Spatial audio and Dolby Atmos audio could prove to be an even bigger deal for Apple Music listeners. It’ll provide more immersive mixes for anyone listening through recent AirPods or Beats headphones that use the H1 or W1 chip. Spatial audio will also play through the built-in speakers on the latest versions of the iPhone, iPad, and Mac by default. To turn it on for other headphones, users will have to go to Settings > Music > Audio and set Dolby Atmos to “Always On.”

Spatial audio will be compatible with most Apple devices made in the last few years, including the Apple TV 4K connected to a compatible TV or receiver.