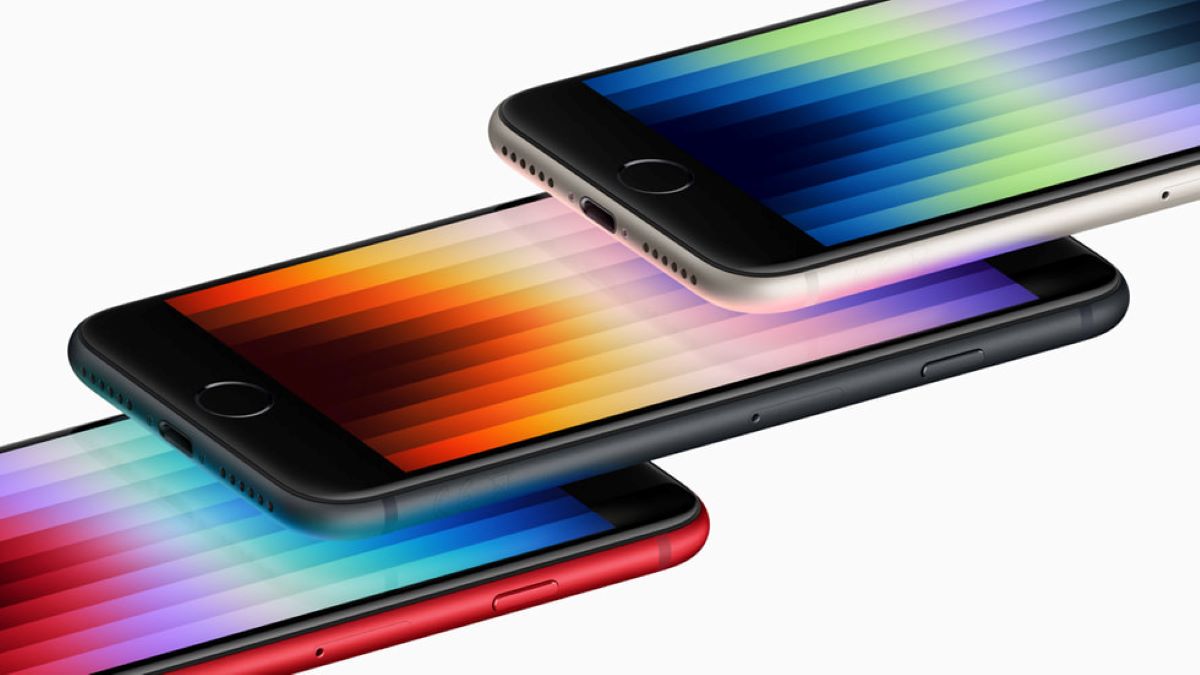 With Apple’s latest event, this time carrying the title “Peek Performance,” fans of the Cupertino-headquartered iPhone crafters were once again met with a plethora of potential upgrade options.

Ahead of Tuesday’s livestream, which marked the first Apple event of the year, rumors had stacked up about what, exactly, could be given attention from Tim Cook and company this go-around. Among the potential reveals speculated on in recent weeks were an iPhone SE (with 5G capabilities), a new iPad Air, and more.

Below, take a look at a few highlights from the latest Apple Event, which did indeed include unveilings of new SE and Air devices.

As expected, Tuesday’s proceedings kicked off with comments from Cook, who opened the event by running through some of the team’s recent Apple TV+ accomplishments. He shared a compilation clip showing recent projects from the streamer, like the Oscar-nominated Coda, as well as upcoming releases including Will Ferrell and Ryan Reynolds’ Spirited.

On the TV-focused announcement front, Cook detailed the new Friday Night Baseball feature, which will allow fans to tune in for exclusive games. “Apple is the ideal partner to bring Friday Night Baseball to fans around the world,” Noah Garden, MLB’s chief revenue officer, said in a subsequent statement.

Per a press release, fans will also be able to watch MLB Big Inning, a live series airing on weeknights during the regular season.

Turning to the iPhone, Cook stayed on stage to help with the unveiling of new finishes (see below) for the iPhone 13 and iPhone 13 Pro, both available March 18.

Meanwhile, the A15 bionic chip (i.e. the same chip used in the iPhone 13) is being brought to the new version of the iPhone SE. The SE, featuring 5G capabilities, will be available in three colorways (see below) and starts at $429. Pre-orders begin this week, with availability starting March 18.

The iPad family then got the focus of Tuesday’s event, with Cook ultimately introducing the next chapter in the larger iPad Air story, which he said will help take the device “to the next level.” The latest take on the iPad Air features 5G and the M1 chip, which Apple notes will be of particular help to a variety of users, including those who use editing software like Procreate and other apps. The new Air is also compatible with a range of accessories, including the second generation version of the Apple Pencil.

Orders for the new Air begin this Friday, with in-store availability starting March 18. WiFi models of the new Air start at $599, while WiFi/cellular models start at $749. Users can choose between 64GB and 256GB models in colors including space gray, pink, starlight, blue, and purple.

Apple fans were later treated to word of “one last chip” being added to the M1 family, i.e. the new M1 Ultra. An “entirely new” facet of the Mac lineup, Mac Studio, was also revealed. The creativity-focused Mac Studio and Mac Studio Display experiences were detailed at length during Tuesday’s livestream, an archive of which can be found up top.

Per Apple’s senior VP of worldwide marketing, Greg Joswiak, Mac Studio sees the company ushering in what he described as a “new era” for the desktop space. Studio Display’s 5K Retina capabilities, meanwhile, put it in (in Joswiak’s words) “a class of its own.”