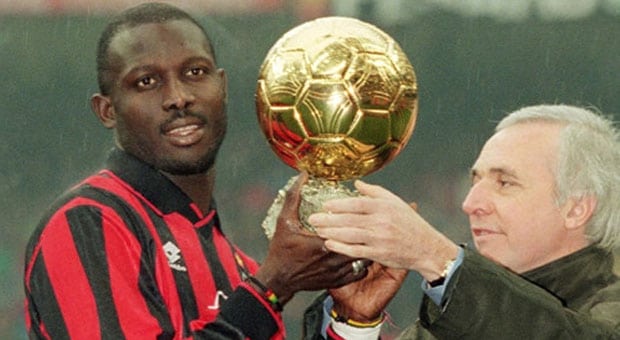 For many African football fans, 2019 was to be the year of recognition for African players competing for the Ballon d’Or title. For the first time ever, 5 out of the 30 players selected by FIFA were from Africa, namely Sadio Mané, Mohammed Salah, Riyad Marhez, Pierre Emerick-Aubameyang and Kalidou Koulibaly.

Against the expectations of many, on the evening of December 02, it was indeed Argentina’s Leonel Messi, who was crowned the winner of this 64th edition for the 6th time. The Africans, who had placed their hopes on Mané and his cohorts, were left was opening as none of the African icons made it to the podium which was finally occupied by Leonel Messi, Virgil Van Dijk and Cristiano Ronaldo. This verdict, highly contested by Africans, has led to a controversy over the stigmatization of African players and the real criteria that guide the choice of the jury composed of specialized journalists.

After the Liberian, George Manneh Weah won the Ballon d’Or title in 1995; Africans football lovers became adept followers of the famous award created in 1956 by France Football Magazine, which rewards the best footballer of the year. About 24 years after Weah, many African players have distinguished themselves on the international scene. Though they all cherish the same dream and despite their status as world-renowned stars, none of them has unfortunately been able to walk in the steps of the Liberian. Curse, conspiracy theory, injustice or simply victimization; are the thoughts and opinions that continuously linger in the minds of African soccer-loving fans.

Alongside Leonel Messi, Cristiano Ronaldo, Virgil Van Dijk, Harry Kane, Matthijs de Ligth, Eden Hazard, Kylian Mbappé, Frenkie de Jong, and Mohamed Salah, the 27-year-old Senegalese forward was one of the favourites. Being among those shortlisted was enough to feed an old dream that quickly vanished into the thin air as the boy from Banbali saw his dream turn to a nightmare as Argentina’s Leonel Messi, the Dutch Virgil van Dijk and the Portuguese Cristiano Ronaldo being rewarded for being the best players of the year. According to many analysts, Sadio, the author of a successful season with the English club Liverpool, had convincing arguments to claim the throne.

The Senegalese international player owes his place in this FIFA shortlist to his performances, which have made him the Co-Best First League scorer with 22 goals, winner of the English League and Champion’s League with Liverpool and Vice African champion with the Teranga Lions. Mané is a full house in both club and national teams but nevertheless regarded as not qualified by voters who preferred to reward FC Barcelona’s genius (Spanish champion, top scorer in the Liga with 36 goals and in the Champions League with 12 goals).

However, if we have to consider the choice of previous editions, there was a strong argument in favor of the Teranga lion. Since 2014, the winner of the Ballon d’Or is a winning player of the Champions League, including Cristiano Ronaldo in 2014, 2016, and 2017, Leonel Messi in 2015 and Lucas Modric in 2018, a rule that was ignored this year. But for the wise souls, this result was already predictable given the surprising absence of Mané and Salah on the “FIFA the Best” award in September despite their superb seasons with Liverpool. The 154 votes obtained by Mané not only relegates him to 4th place but also makes him the 2nd African player after the Ivorian Didier Drogba to occupy this position.

According to a certain opinion, Mané’s non-acceptance has its origins elsewhere than in purely sporting criteria. Former Senegalese international Habib Beye and Cheikhou Kouyaté, Mané’s teammate on the national team, were the first to protest the final choice of the juries, pointing to the player’s African origins as the main factor that disadvantaged him.

If the former claims that it is not victimization, but that Mané is 4th because he is African, the latter claims that if the Senegalese attacker were Brazilian or European, there would simply not be any debate in the columns of the British Daily Mirror. Other analyses go further and are indignant at the lack of solidarity of Africans who chose Argentina’s Leonel Messi when the continent had five competitors. Dutch Van Dijke is ranked 1st in Europe, the same goes for Messi in South America. The 40 African countries eligible to vote; with the exception of Gambia, Niger, Algeria, Djibouti, Burkina Faso, Guinea, Senegal, were unable to give the first place to the Teranga lion. A lack of African solidarity that former internationals Ferdinand Coly and Samuel Eto’o Fils deplore.

“I’ve always considered that African football is not very united. From 2010 to 2016, the coaches and captains of FIFA-affiliated national teams were part of the Ballon D’or jury, alongside the journalists, and I never really felt much solidarity from Africans.”(Ferdinand Coly)

“Why is there so much jealousy between us Africans? Why this misplaced jealousy? If we don’t like each other, others won’t do it for us. It’s just a shame. If all Africans voted for Africans, we would have had several better players so far.” (Samuel Eto’o)

The Cameroonian striker also highlights the responsibility of the media, because the African media are dominated by the Western ideologies, which give more interest to other continent’s achievements than those of African. Ivorian midfielder Yaya Touré, who also talks about injustice to African players in terms of the allocation of the Ballon d’Or points to the problem of racism that he believes, exists within FIFA.

“Since the creation of the Ballon d’Or award, how many Africans have won it? One and it’s a shame! I often hear that during the World and Euro years, the winner of the Ballon d’Or must be part of the winning team. What about the CAN (Africa Cup of Nations) in all this? I’m angry, disappointed.”

For South African legend Benni McCarthy, the reasons for this stigmatization of the African player must be sought in the existence of business football lobbying that has a penchant for players who enjoy a reputation as superstars and whose image is used for commercial purposes. These inevitably shades talented players like Mané who are considered a little too “normal” and whose “simple” nature has nothing to do with the bling-bling, rhinestones and glitter that footballers like Neymar and Cristiano Ronaldo bring back. According to Benni McCarthy, many African stars including Nwankwo Kanu and Augustine Okocha have been snubbed in the past for the award for best player of the year because they are not cash cows.

“We are not catchy in Europe. They are looking for more lucrative players who can sell newspapers and magazines.”

African players still at the foot of the podium.

Long before Mane, Ivorian Didier Drogba ranked fourth in 2007 and Cameroonian Samuel Eto’o, fifth in 2009, are the first African players to have missed the award. The Gabonese Aubameyang occupied the eleventh place in 2016, the year during which he was the best player in the Bundesliga. That same year, the Algerian Riyad Mahrez, then the best player in the English championship, also obtained his best ranking at the 7th place. The 2019 Ballon d’Or also brought Egypt’s Mohamed Salah closer this time, occupying the 5th place just behind his club teammate Sodia. The Ivorian midfielder, Yaya Touré, considered one of the best in his position, has never gone beyond 12th place, which he occupied in 2015 and 2012.

Eto’o Fils, an African who deserved at least one Ballon d’Or according to Mourhino

One of the biggest scandals regarding the award of the Ballon d’Or remains the one that was awarded in 2006 to Italian defender Fabio Cannavaro. According to many football specialists, including Zinedine Zidane, Cameroonian striker Samuel Eto’o deserved to win that year’s award. The 6th place attributed to him was surprising given the incredible season achieved that year with Barca. Winner of the La Liga and Champions League, the Cameroonian striker also claimed the title of top scorer in the Spanish league that year (26 goals) as well as the title top scorer in the Champions League.

Samuel Eto’o is undoubtedly one of the best strikers of his generation. With three Champions Leagues, two African Cup of Nations (2000 and 2002), one World Cup (2010), three Spanish Championships (2005, 2006 and 2009), one Italian Championship in 2010, two Copa del Rey (2003 and 2009), two Italian Cups (2010 and 2011), two Spanish Super Cups (2005 and 2006) and one Italian Super Cup (2010) Eto’o has been a player who exuded phenomenal talent but who has unfortunately never been elected for the Ballon d’Or. Portuguese coach José Mourinho, who coached the Cameroonian at Inter Milan in Italy and Chelsea in England, said in an interview with a Cameroonian radio that he still doesn’t understand why Samuel Eto’o has never won the Ballon d’Or because of his impressive career.

“He was the world’s top scorer for several years and I think he deserved a Ballon d’Or, but these are things beyond our control.”

Liberian George Weah will remain the only African footballer to win the Ballon d’Or despite the impressive number of African players who have distinguished themselves since then. The former Yaoundé Thunderbolt striker, come politician, is for those who have worked with him, a man with a big heart, whose notoriety is not only based on his physical, technical and tactical talents as a player, but also on his benevolence, his sympathy and his great generosity.