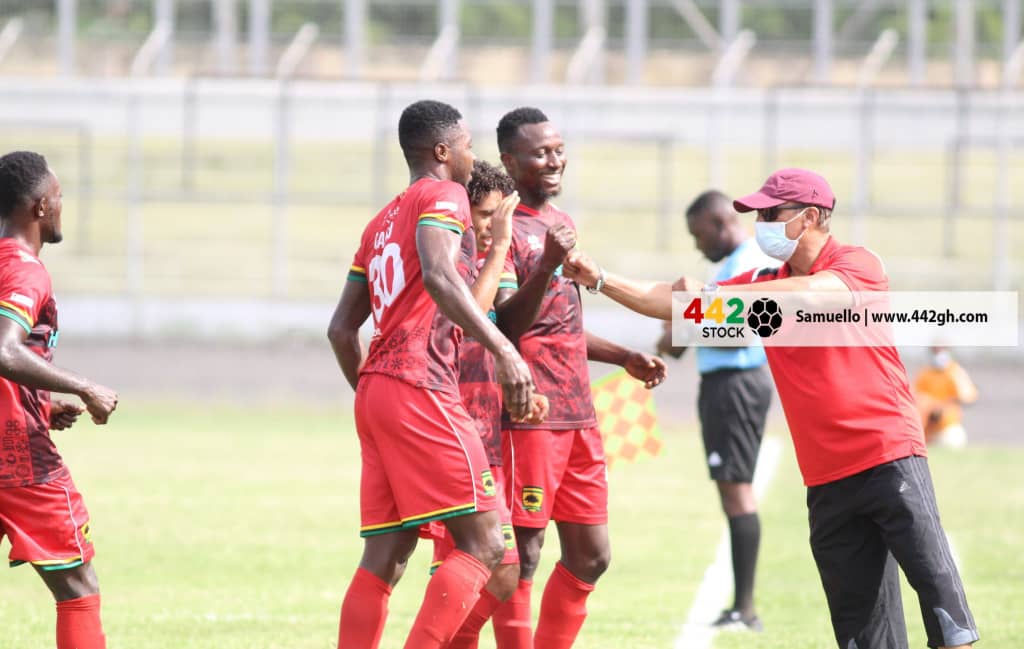 The Portuguese trainer led the Reds to thier biggest win of the season so far on his first day at the dugout since his appointment in March.

Barreto although was impressed the win, he demanded an improvement in the subsequent games.

“They made good team today, there are many things that we have to improve and I know they are trying. Look, our best striker left and from the defense we have to improve little to be better, in the midfield Mudasiru is not completely fit and we have some problems in the team because we have about six players out before I come and some of them are key players” he said.

He continued that, “We win 4-0 and of course I should be happy but only today, tomorrow we start our work” he said.

Agbozume Weavers Football Club (AWFC) Set Up A 25-Member Board.