Camidoh shares his experience with Sarkodie; reveals the rapper's work ethic inspired him 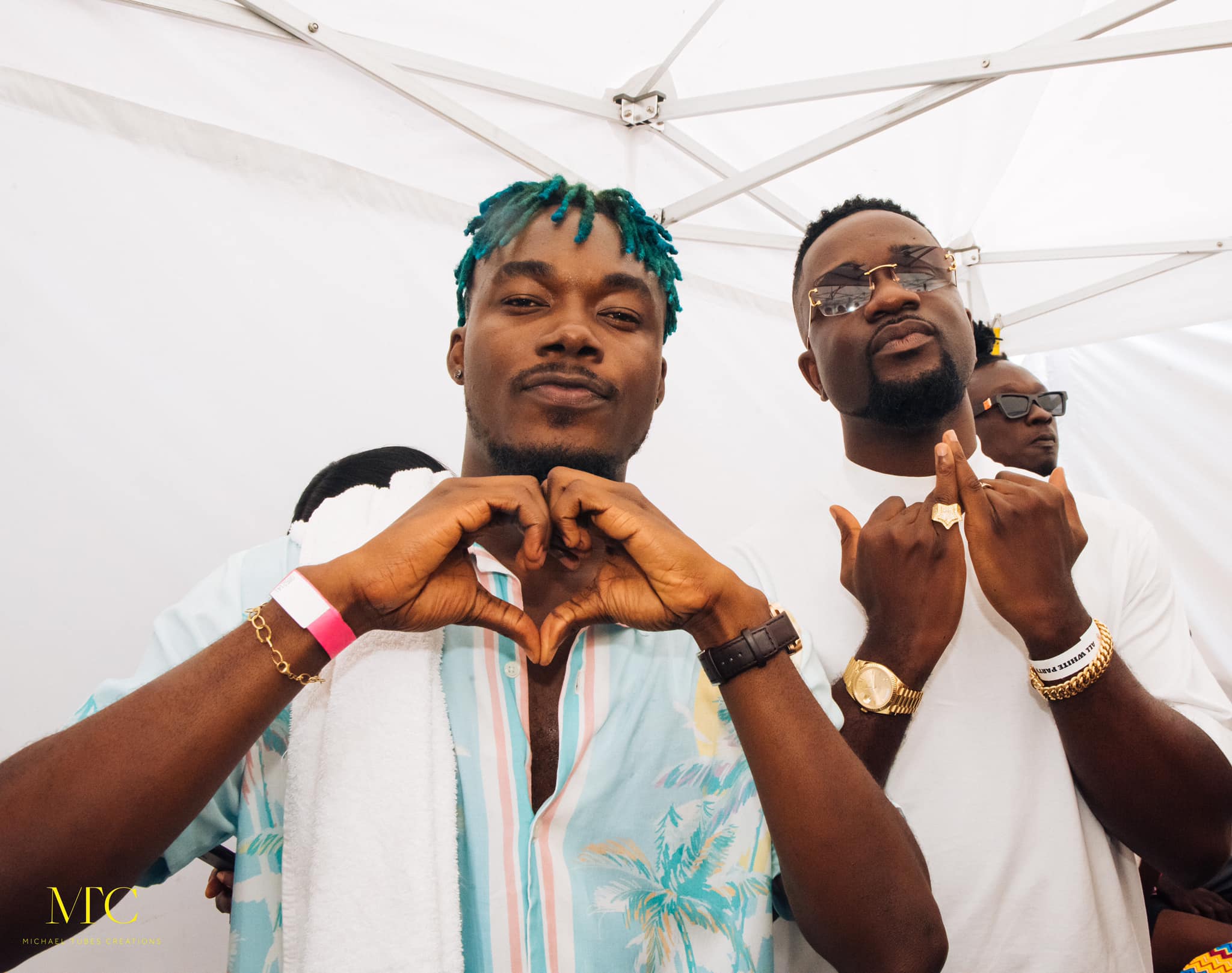 Ghanaian singer, Camidoh has shared his experience with Africa’s most decorated rapper, Sarkodie.

Camidoh and Sarkodie were both billed to perform at the recently ended Ghana Party in the Park in London.

Camidoh, who says Sarkodie is his biggest inspiration, and was lucky to be invited for a studio session with the legendary rapper, stated in an interview with Ameyaw TV, that it was a humbling experience for him.

According to the “For my lover” singer, he was amazed at Sark’s work ethic during the studio session.

” I was really humbled to see him. And I told Angel (Sark’s manager), any opportunity for a studio session I’m in. Angel said yeah there’s time tonight let’s do this. They called us around 12 midnight, I didn’t even wait for nobody, I told DJ Mensah, lets go and then I went there and I met him. The thing that really struck me the most was his work ethic,” he said in the interview.

He continued; “Sark was working the whole day that day, and we got there, he was steadily working and I was recording taking my vocals over and over again and then I kept saying I’m sorry, I’m trying to get it right and he told me take your time bro. I love what your’e doing and I’ve been there before. It just made me realise this is the man that inspired me. He was there from 12 midnight till 7 am.”

Camidoh also revealed that Sark took really care of them in the UK and made them feel special.

“He sent us packages. Mine is in my room, I’m going to frame it or something,” he added.

Watch interview on Ameyaw TV below;

“I am gradually being appreciated by Ghanaians,” Camidohs reveals