"DJs, Traditional Media, Bloggers Practically Contributed To The Success Of My Career. - Stonebwoy. 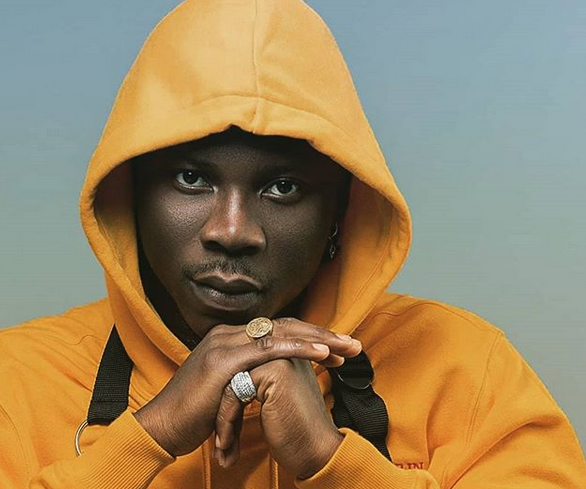 According to the 3 times (2015, 2018 & 2019) All Africa Music Awards (AFRIMA) “Africa Reggae/Ragga & Dance-hall Artiste of the Year” winner, Disc Jockeys, including Radio, Mobile and Club DJs practically contributed their quota with the objective of positively elevating his craft to meet a suitable audience or target group by promoting his songs on every given platform.

The Chief Executive Officer (C.E.O.) of talent management, and recording & distribution label, Burniton Music Group (B.M.G.) revealed that, DJs array mechanism to mix and match his music to sound more appropriate to suit the mood of the event, adding that, radio and tv disk jockeys also broadcasted his music on air to meet a wide range of listeners. He made these assertions in an interview with www.georgebritton.com’s Journalist, Gerrard Israel.

The 5 times (2015, 2016, 2017, 2018, 2019) Vodafone Ghana Music Awards (VGMAs) “Reggae/Ragga & Dance-hall Artiste of the Year winner” expressed content and satisfaction in the Ghanaian Disk Jockeys who defy all odds to enhance the aesthetic nature of his craft to the diaspora, acknowledging the fact that, the DJs’ skill is very much earned through hard graft and the tricks of the trade involve a variety of skills with music.

Livingstone Etse Satekla, however extended his sincere gratitude to the Ghanaian traditional mass communication media, including Journalist, Entertainment Critics, Bloggers, Promoters, Media Personalities, Event organizers and his fans for availing themselves and rallying their support behind him since he surfaced into the Ghanaian entertainment ecosystem.

Stonebwoy just hosted and thrilled over 100, 000 fans with good music at the Saka Saka park as he staged the 6th edition of his Ashaiman To The World Festival (ATTWF). On the 19th of December, 2019, he will be traveling with his entourage to host the BHIM Concert in Tamale, Northern Region, slated for 21st December, 2019.

Watch the performance video of Take Me Away, featuring Kidi and Kuami Eugene below;

RJZ Is On A Different Note.