"Don't Be Used By Uncouth Politicians For Voilence In 2020. - Nana Akufo-Addo To Muslim Youths 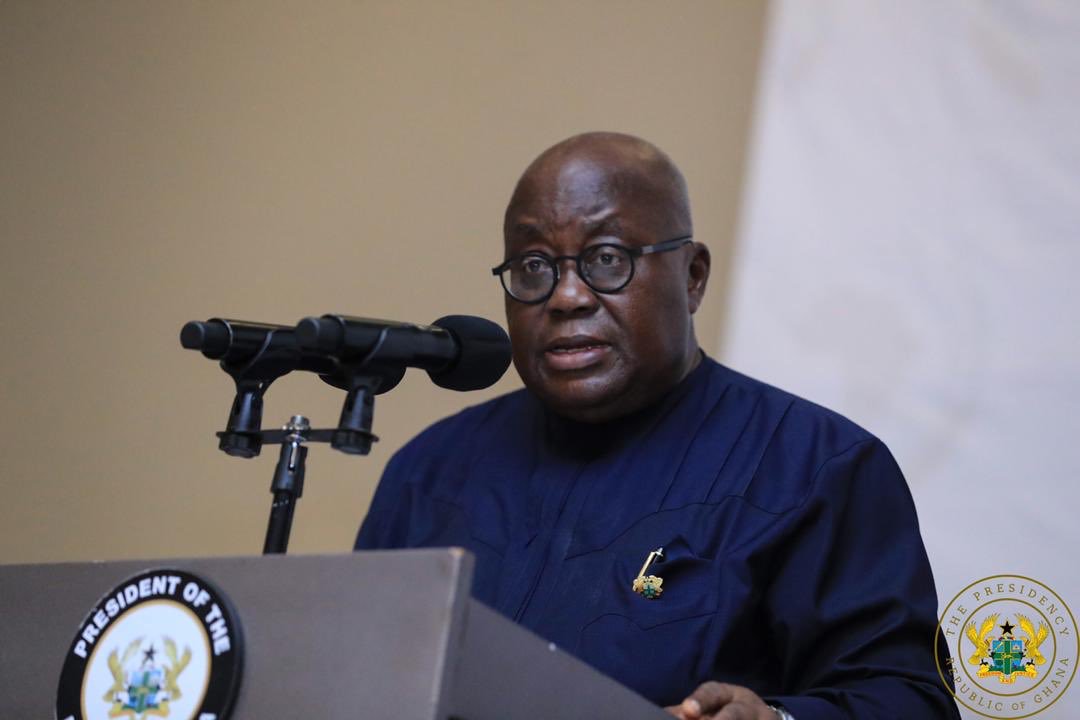 GREATER ACCRA, GHANA (www.georgebritton.com) – The President of the Republic, Nana Addo Dankwa Akufo-Addo, has admonished Muslim youths across the country to be wary of irresponsible politicians who may want to use them to perpetrate acts of violence in the run-up to the 2020 elections.

Speaking at the inauguration of the Tijanniya Muslim Council of Ghana, on Sunday, 15th December, 2019, at Trade Fair Centre, President Akufo-Addo urged Muslim youths to take the guidance of their Shaykhs seriously, and also take advantage of the possibilities available under his government’s programmes to develop their talents, and become responsible citizens.

“Muslim youth cannot continue to be the ones who are used for violent purposes. I want to make this appeal to you: in 2020, do not allow yourselves to be used by irresponsible politicians to engage in acts of destabilisation and violence”, he added.

Citing the implementation of policies such as the free Senior High School Policy and the establishment and operation of the Zongo Development Fund, the President explained that all efforts at development will come to naught if Ghanaians do not live in harmony with people of other faiths.

“A considerable part of the peace and stability Ghana enjoys is due to the long-standing relationship of peaceful co-existence, founded on religious tolerance, between Christians and Muslims in our country. We must do everything to ensure that this situation continues. It is one of the most positive, and most acclaimed, hallmarks of our nation. And, I want to commend members of the Tijanniya faith for their great contribution to this development,” he added.

According to President Akufo-Addo, it is a sad commentary on the religion of peace that, today, Islam is credited with being responsible for all the acts of radicalism, extremism, violence and destabilisation taking place around the world by ISIL, Al-Qaeda and Boko Haram.

He, thus, urged all peace-loving Muslims speak up, adding that “let our youth shun violence. Let our youth seek the path of knowledge, for it is the path of illumination. Let us concern ourselves with building a better future for ourselves here on earth, and the goodies of the hereafter will follow.”

Whilst wishing the Tijaniyya Muslim Council the best in its efforts at developing the Muslim Ummah in Ghana, he assured that his Government “is a willing partner with you in that endeavour.”

President Akufo-Addo reiterated that “the Minister for Inner City and Zongo Development will work with you to ensure that you get all the support to make the school project a reality.”

Nana Akufo-Addo Recognized Amongst The 100 Most Influential Africans, 2019.