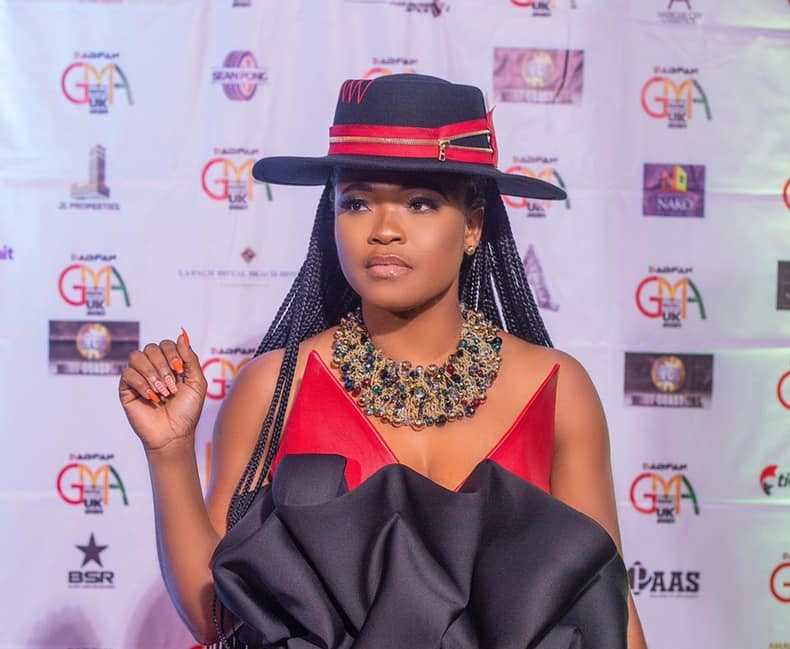 Stepping out majestically in Valencia Ferrari Red & Drape Dalma Couture certified her taste for fashion. On top of that, the color combination of the dresses she wore eulogized her body complexion which got almost everybody starring at her in admiration while she hosted the red carpet. Those who couldn’t hide their fascination went ahead to shower her with compliments. Others were also curious about both who styled her and the brand she was wearing.

Doreen’s pictures went viral immediately after they were posted on social media. All credit and thanks to Kojo Vandie whose appetite and thirst for fashion, quality and, colors got her looking decked out. Kojo is a Ghanaian international avant-garde fashion designer, tailor, modern abstract expression artist, and former British Army Veteran.

The dresses Doreen wore happens to include his personal favorite which is Valencia Ferrari Red, a full-grain leather. “Apart from the fact that Kojo loves working with leather it is also timeless and there’s always an adrenaline rush when working with that type of fabric, ones you make a mistake you have to start all over”, he told BeenieWords in an exclusive interview.

He was supposed to also style Jessica Larry and BlaqBoy but for some reason, they could not make it to the event. Notwithstanding that, he still made a strong fashion statement with Doreen Avio. As one of the headlining sponsors of the award show, delivery was his hallmark while his appetite for getting the job done was remarkable.