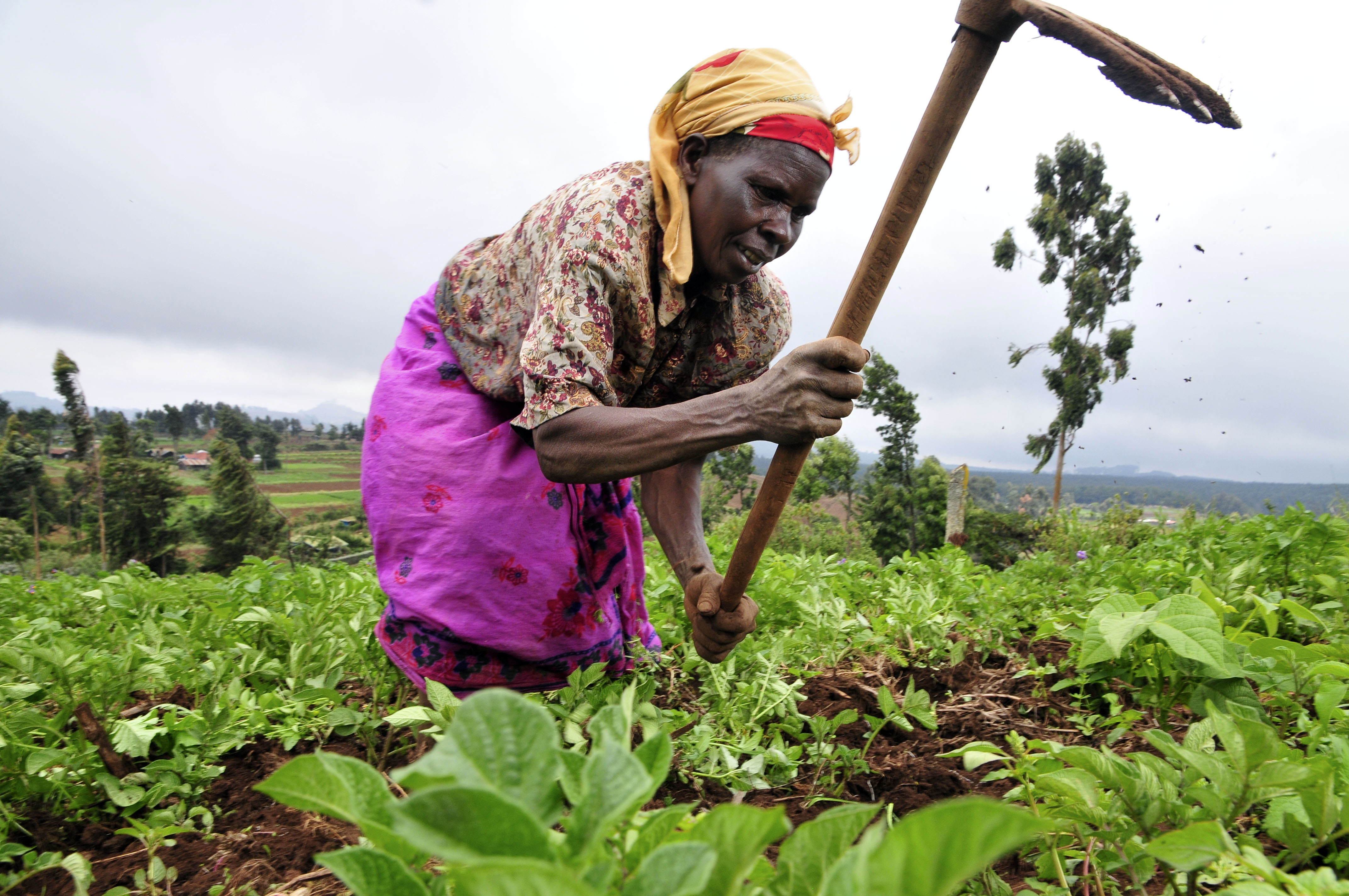 Strive Masiyiwa, founder and chairman of the Econet group, a pan-African telecommunications, media and technology company, shares his views on agriculutre in Africa in this exclusive opinion piece after stepping down from the Alliance for a Green Revolution in Africa (AGRA) board in September.

Today, 1.2 billion people reside in Africa, a figure set to quadruple by the end of the century. That will be nearly 5 billion mouths to feed; a monumental figure, but one that doesn’t frighten me. This is why: in 1957, the population of Africa was 250 million, less than a quarter of what it is today, and if our fathers were able to cope with that scale of growth, then I am convinced that we can too. An incredible rise in education and technological opportunities mean we have the necessary resources and are now the most educated generation in history.

We also live in the most peaceful period recent history. The blood shed of the Ghanaian coup in 1966, Idi Amin in Uganda and Mobutu in Zaire is all over, and since last year’s Eritrea – Ethiopia peace summit, there is no ongoing conflict between two African nations. This is very important for economic prosperity. It does not mean we don’t have conflict, but we don’t have interstate conflict at present.

That said, we have emerging challenges to contend with. We are not immune to the radicalization in places like Somalia, Nigeria and the Sahel region that is not only disrupting social order but also causing massive population displacement.

Going back to agriculture, even more devastating is the global climate emergency. In March and April 2019, Cyclones Idai and Kenneth tore through south eastern Africa, leading to tremendous loss of life with many still unaccounted for; estimates indicate that 1.7 million people were affected. Today, 27 million people are facing acute food shortage in the horn of Africa and that number might grow to 47 million if nothing is done. I have been involved in the efforts to support those affected by the devastating effects of the cyclones and have witnessed their resilience.

I am convinced, more than ever before, that agriculture will be at the heart of the continent’s journey towards inclusive economic growth, affording our people a decent living and continuing to build their resilience to shock. Never again shall we see suffering on the scale of Ethiopia’s mass starvation in the 80s where close to 8 million people became famine victims, and over 1 million died. This transformation has been ushered in by focused and intentional investment in Ethiopia’s agricultural sector.

This is why, despite having no background in agriculture, I joined other leaders to set up the Alliance for a Green Revolution in Africa (AGRA) about 15 years ago.

This September, I stepped down as chair of the AGRA Board. Taking stock of our progress, the journey so far has been one of impressive results, positive impacts and fruitful collaborations. AGRA has played a role in giving over 22 million farmers in 18 African countries access to improved seed varieties that have doubled and sometimes tripled yields. These are farmers, 70% of Africa’s population, who own less than 5 hectares of land. This has been made possible through the establishment of over 110 small, African owned seed companies that have produced around 800,000 MT of seeds. This is all the more impressive considering when we started, only three countries in sub-Saharan Africa were able to produce seed through less than 10 seed companies. Farmers now have easy access, not just to seed, but other inputs through the network of village shops that AGRA and partners have helped to establish. As a result, the average distance traveled by farmers in search of inputs has reduced from 60km in 2006 to 10km today, and in Kenya it is as low as 4km. Markets have also been opened up for farmers to sell their produce resulting in increased incomes and improved livelihoods. The private sector has become increasingly engaged. The results have been tremendous – reduced poverty, general economic growth and better nutrition.

I am truly grateful to African governments that accepted the challenge to prioritize agriculture. I am also grateful to partners that joined us in this endeavor and entrusted us with their resources. These include the Bill and Melinda Gates Foundation, the Rockefeller Foundation, the German Federal Ministry for Economic Cooperation and Development (BMZ), the United States Agency for International Development (USAID), the UK Department for International Development (DFID) and many others. We would not have reached 22 million farmers without your support.

The capacity to produce food is no longer the fundamental problem, as the tools for this are now generally accepted. From the day I started as the Chair of the Board of AGRA, I have never doubted that we would declare full food sufficiency by 2030. The challenge now is to produce this food sustainably and in a way that generates prosperity and healthy jobs for our people and looks after the environment keeping our soils fertile and productive. We will not be able to build wealth for all through agriculture, and migration to cities will continue unabated unless we re-imagine our rural communities in a way that allows the next generation to aspire to a life at the sharp end of agriculture.

Technology is the way to achieve that, and as someone firmly rooted in that world, the most rewarding part of my work at AGRA has been leveraging fast-growing technological innovations to help transform people’s lives in Africa. Who would have thought, ten years ago, that using drones to deliver services to smallholder farmers would be a reality in our lifetime?

Personally, I recently invested in a tech start-up that has created an Uber-like platform for tractors enabling farmers to link with a central database and order a tractor via SMS; the tractor arrives within 24 hours, paid for using mobile money, freeing the farmer from the drudgery of the hoe. This service is particularly valued by women farmers, enabling them to circumvent social norms that might otherwise hamper their ability to hire a tractor.

We need to continue to dream big to make sure these technological developments are used to their full capacity to make agriculture prosperous, and rural lives comfortable. We want people, especially young people, to move from the city back to working in agriculture and turn it into an industry, with brands that are globally competitive. They have the skills and energy; we just need to empower and support them.

Each generation has its battle; ours is to make sure that those on the front line of our farms are there by choice, not by lack of an alternative or because they were left behind trapped in subsistence farming, and this is the battle that AGRA and its dedicated staff and partners are waging. We are winning – today, only 20% of the food produced by smallholder farmers is for subsistence, the remaining 80% goes into national and regional markets. Agriculture is not only providing food; it is transforming the livelihoods of rural communities.