GPL: If Kotoko Beat Olympics, The League Is Over For The Others- Coach Opeele 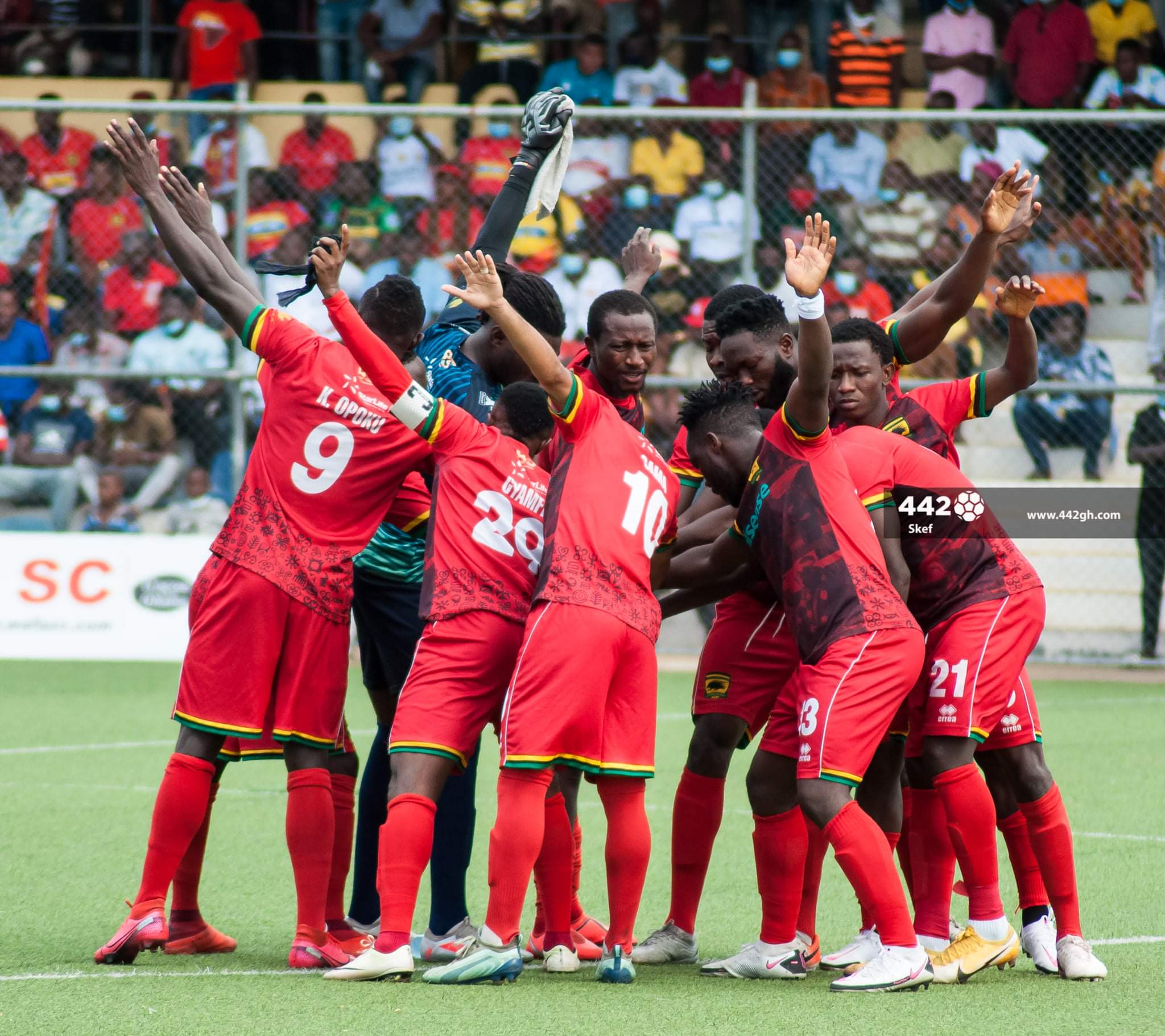 Erstwhile Asante Kotoko manager, Isaac Boateng has emphatically stated that the Porcupines will win the 2020/2021 League title if they manage to beat Great Olympics on Friday, April 16.

With just a point separating the two at the top, Olympics go head to head with Kotoko in a keen battle with plenty to fight for at the Accra Sports Stadium, 3PM.

According to Coach Opeele as he is popularly known, if the Reds can extend their lead at the top by winning today, the league is done and dusted.

“I am a bit worried for the rest of the clubs because Asante Kotoko is now sitting on top of the league table and it will be difficult for teams to overtake them,” coach Opeele said on the Ultimate Sports Show on Asempa FM.

“Should Asante Kotoko beat Great Olympics on Friday, they will be Ghana Premier League champions. Prior to the start of the season, Kotoko was not in the picture to win the league but they are now in and sitting on top and for me, you don’t see any team rocking shoulders with them.”

“I think Great Olympics will need the support of the rest of the teams in Accra to be able to beat Asante Kotoko.”

He added, “I am imploring Liberty Professionals, Inter Allies, Hearts of Oak and the rest to support Olympics because it will be pathetic for Kotoko to travel from Tarkwa and come to Accra to beat Great Olympics. When it happens, Kotoko will be crowned league champions.”

“I know they have a match against Hearts of Oak and Aduana Stars and other club but when Kotoko extend their lead to seven points, it is over.”