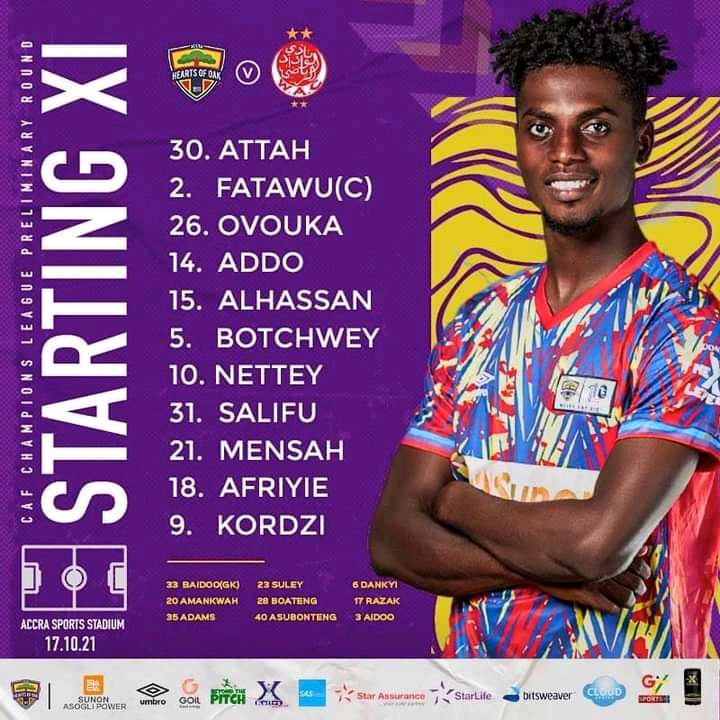 Head Coach of Ghana Premier League champions, Accra Hearts of Oak, Samuel Boadu has named his squad ahead of their encounter against WAC of Morocco on Sunday at the Accra Sports Stadium.

The Phobians will still be without Awako Gladson due to unknown reasons while striker, Obeng Junior has still not recovered from the injury he picked up last season.

Caleb Amankwah and Emmanuel Nettey have both passed a late fitness test from an injury scare. Both players only began training this week but Boadu has been given a huge boost as they are available for selection on Sunday.

Raddy Ovouka who spent about two weeks on the sidelines after the Kamsar game, missing out on International duties as well is also fully fit for the cagey game Richard Attah also makes the squad returning from international duties full of confidence.

Head Coach, Samuel Boadu will look to build on his record after the Kamsar as he continues his first challenge at the CAF Club competition as a manager. The Game will be live on GTV SPORTS+ at exactly 3 pm on Sunday, 17th October 2021

Below is a full list of the squad for the game.