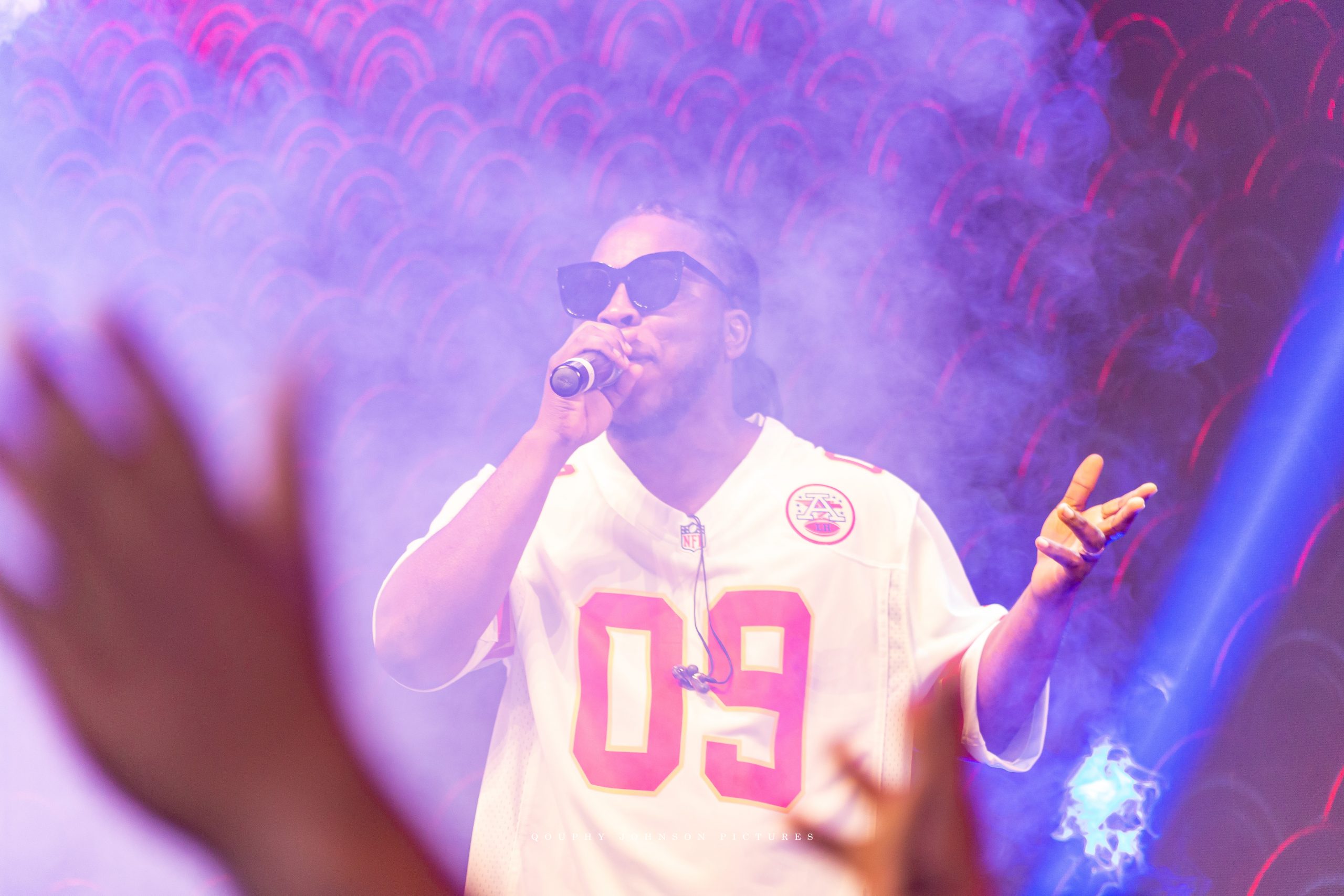 This was the night when Jesus Gang was expected to make a strong statement to its doubters, and what a statement they made! From their COVID-conscious entrance and radiant red carpet display, to their very animated electric stage setup, Jesus Gang’s team ensured the ‘The Move’ was indeed an experience worthwhile.

Before 5pm, the public were greeted at the UPSA Auditorium with ushers that gleefully sanitized guests’ hands and required patrons put on their masks, before proceeding to register and get their feel of the red carpet.

Intercessory Prayers led by Reverend Anthony Okyere soon started, and the main event was kicked off by one Esinam Seade, the night’s emcee. A public speaker and business influencer, she tactfully welcomed guests to a powerful performance from Sandra Affeh, followed by a song ministration by Minister Igwe; the latter getting the entire congregation on their feet, singing and dancing along, from start to finish. The audience were then treated to a documentary explaining the mission of Jesus Gang, with brief ads flashing through the massive LED displays to remind guests of the existing COVID protocols.

Next to the minister was Selassie Osborne. The entrance of his choir immediately cemented the fact that Jesus Gang did things differently, delivering an experience straight out of a 2021 music video. His jubilant choir adorned the stage in matching red outfits and sneakers, ready to rock the crowed — which within mere seconds was in full effect as Selassie Osborne led their beautiful voices to perform a combination of original and well known songs no one could stand still to.

Soon to follow was Edem Goget’em of VRMG records, the multi-award winning veteran stepped on stage to a roaring crowd as the visuals for his hit song ‘Mighty Jesus’ ensued. He then went on to perform a two of his inspirational hits; ‘Power’ and ‘Go Harder’, to the hungry crowd. Edem then launched into worship mode, performing a cover of Judikay’s gospel hit ‘Capable God’.

Before stepping off stage, Edem pulled off one last surprise surprise by calling on 2016 VGMA ‘Artist of the Year’ winner, E.L to perform one of 2016’s biggest hits ‘Koko’ to rumbling auditorium.

Selassie Osborn and the choir then took the congregation through a moment of worship, making way for the moment of the night.

Prophet Bernard El Bernard Nelson Eshun mounted the pulpit and after a few more worship songs, he preached a pertinent message to know God for one’s self as to avoid false prophecies. Then came the moment we had all been waiting for, like waves hitting the shore, the congregation started receiving messages from God through his anointed vessel with unmatched precision.

As the program came to an end, the Bishop thanked Jesus Gang and the team, encouraging the congregation to support more of such endeavours in the months ahead.

To sum it all up, a member of the Jesus Gang team, (Esther Kudom) said, “We would like to thank God for showing up and showing out. The experience superseded our team’s expectations, and we’d urge that everyone who came, or even missed, follow us on our social media pages for more events to come!”