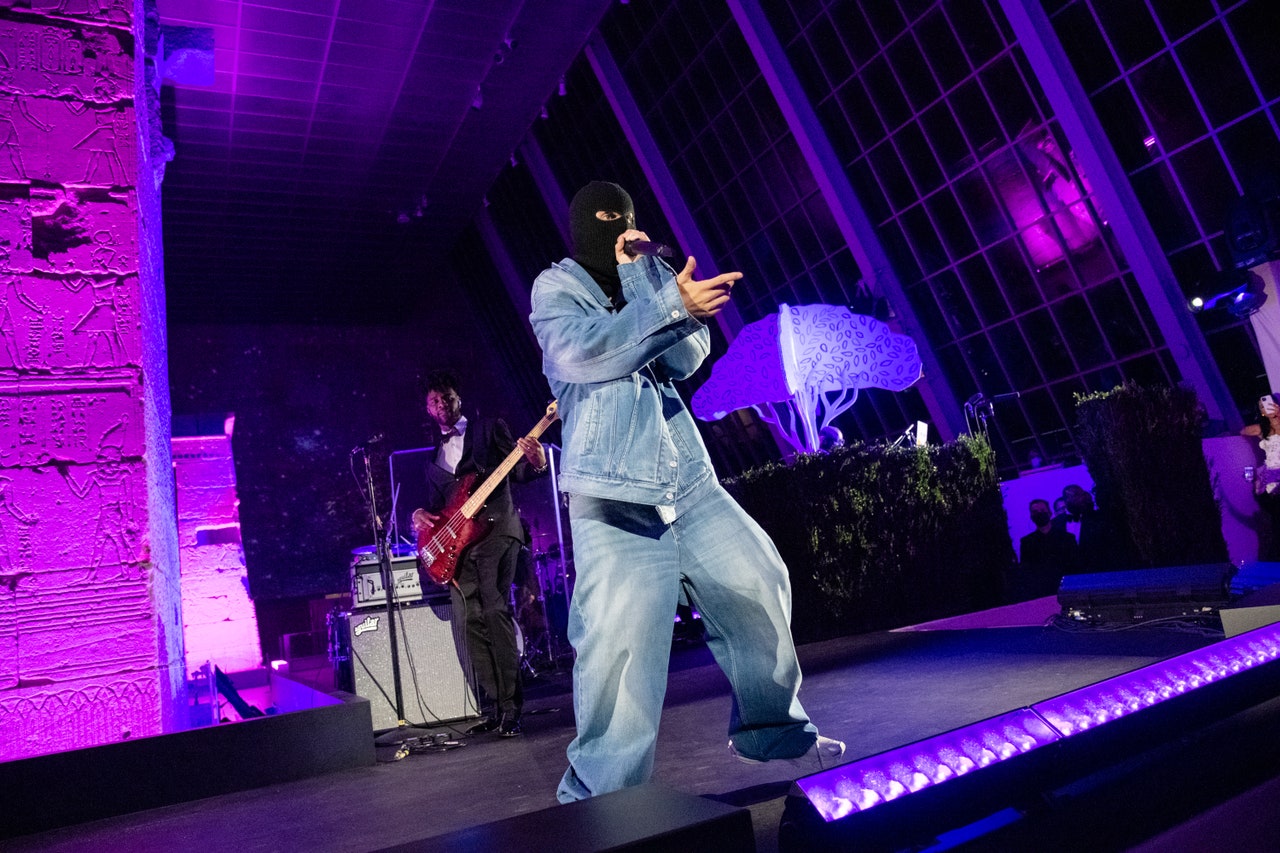 The 2021 Met gala is a celebration of both American fashion and young creatives, and tonight it got a performance befitting the gala’s youthful exuberance—a surprise set by the prince of pop, Justin Bieber.

Fresh off a triumphant night at the VMAs, during which he was awarded artist of the year, the 27-year-old singer took the stage at the Metropolitan Museum of Art’s Temple of Dendur to perform four of his biggest hits, including “Lonely,” “Hold On,” “Anyone,” and—a real throwback treat—“Baby.”

The performance marks the start of the superstar’s return to live concerts after a three-year hiatus. On October 8, Amazon will release Justin Bieber: Our World, a documentary that gives fans an intimate look at the singer’s life as he prepared for his blowout New Year’s Eve concert in 2020.

“Performing live and connecting with my fans through music is deeply meaningful to me,” Bieber said. “Especially during the past year, being able to provide a service and share my gifts to bring some happiness to people during such a sad and scary time has meant the world to me. This film documents an intense and exciting time, preparing for a return to the stage during this season of real uncertainty. Coming together with my team, overcoming the obstacles, and delivering a special show, surrounded by friends and family—it’s all here.”

Bieber hit the Met gala red carpet Monday night in black suiting by La Maison Drew (a reference to Drew House, his own streetwear label). He completed the look with sneakers and carried around a top-handle bag emblazoned with a smiley face, the Drew House logo. Meanwhile, his wife, Hailey Bieber, wore a floor-length gown by Saint Laurent with a plunging black.

The Canadian singer and street style star last attended the Met gala in 2015, when he wore Balmain. This year marks the first time Bieber has performed at the event—where he assumes the mantle of the elder statesman of the night’s starry Gen Z crowd, including this year’s cohosts: Timothée Chalamet, Billie Eilish, Naomi Osaka, and Amanda Gorman.