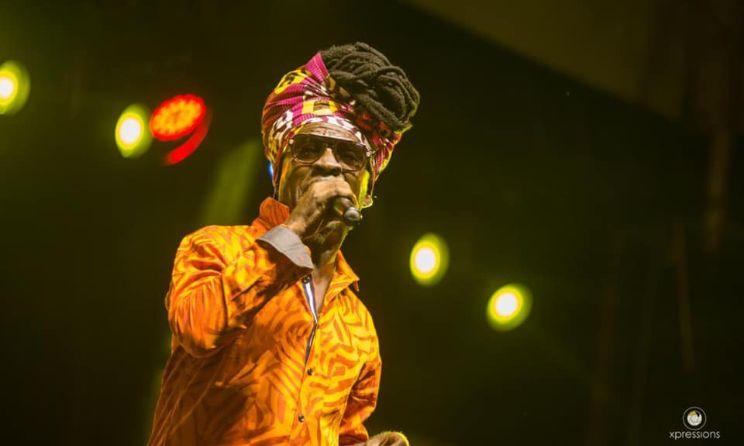 Renowned Ghanaian musician Kojo Antwi is the recipient of the 2021 Millennium Excellence Award for music. The accolade was presented to the singer at a ceremony at Manhyia Palace in Kumasi at the weekend. Now in their 20th year, the awards are organised by the Millennium Excellence Foundation to celebrate outstanding personalities championing key development initiatives in Africa.

Kojo Antwi, who performed at the awards ceremony, was among 60 African laureates awarded this year. At the ceremony, which was attended by dignitaries including President Nana Akufo-Addo and Asantehene Otumfuo, Antwi was honoured for his contribution to music and national development during a career spanning more than 30 years.

“The [Millennium Excellence] Foundation salutes you, Mr Music Man, as you are affectionately called by fans, for your long stellar career as a musician,” the citation presented to the musician and multi-instrumentalist reads. “You stand out arguably as the best living legend in the music and entertainment industry right now. Your music transcends minds, culture, religion, ethnicity, etc. and speaks to, connects with or touches people in unimaginable ways.”

“I’m happy and grateful,” Antwi told Graphic Online in reaction to the honour. “As long as there is life and breath, there is more to give. And if I must give music, you can bet I’ll have to be at my best all the time”

Kojo Antwi is behind 22 albums and numerous hits in Ghana and beyond. He is revered for his unique blend of Ghanaian Afropop, highlife, reggae, soukous, soul and R&B. His other laurels include a West Africa Tourism Award, a Kora Award, an Our Music Award, and All Africa Music Awards.