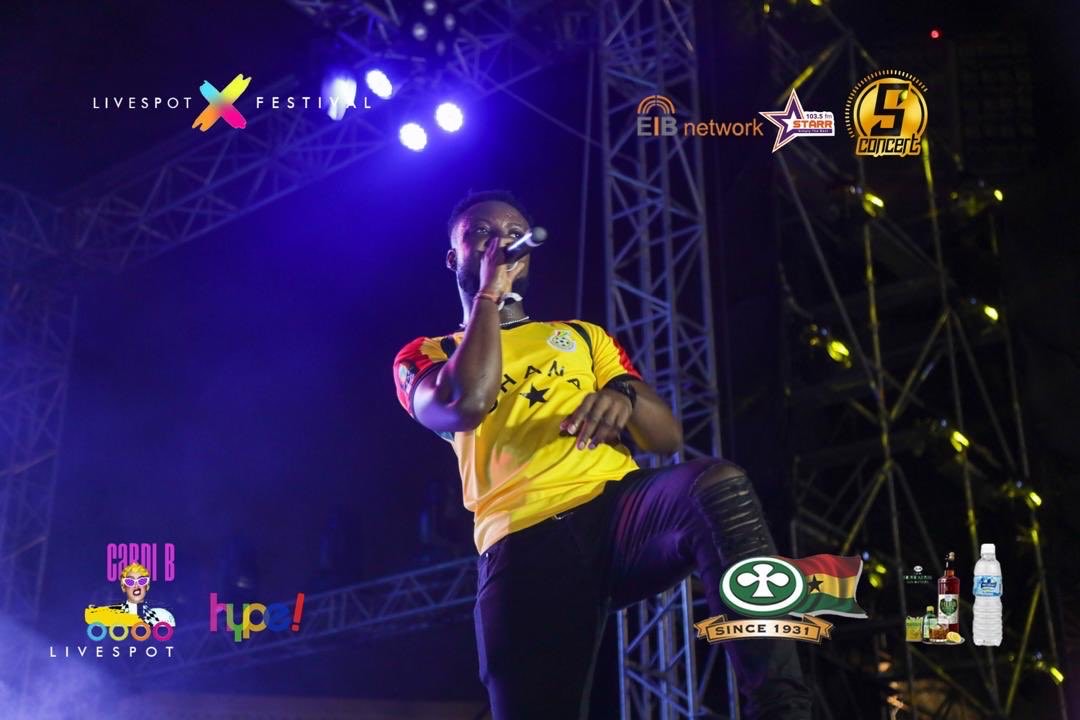 The reigning Best MC/Hypeman in Ghana, Kojo Manuel otherwise known as Manny Yo showed his prowess last Sunday at the Accra Sports Stadium, as LiveSpot Nation brought Cardi B to the motherland.The first thing you would noticed about Kojo Manuel was that he was in an old colourful version of the Ghana Black Stars jersey of Abedi Pele, the maestro! With his tagline being, “we dey come play”, he was really out to play on the same pitch Abedi Pele made history so many times!

Not only did he control the crowd, he literally embodied the spirit & energy of the 3-time African Player of the Year on stage Adding to all the spice of the Year of Return for the diaspora and beyond! He worked seemlessly with DJ Vyrusky & DJ Aroma.On a night where not everything went to plan, one of the main highlights of the show was whenever Kojo Manuel was on stage interacting with the crowd. The shouts from the crowd could be heard all the way outside the Accra Sports Stadium as Manny Yo had them chanting and turning up!

Yelling At Your Dog Makes It More Depressed.