TINA'20: "Festival Creates Avenue For Africans To Know About Their Heritage. - Rapper Sarkodie. 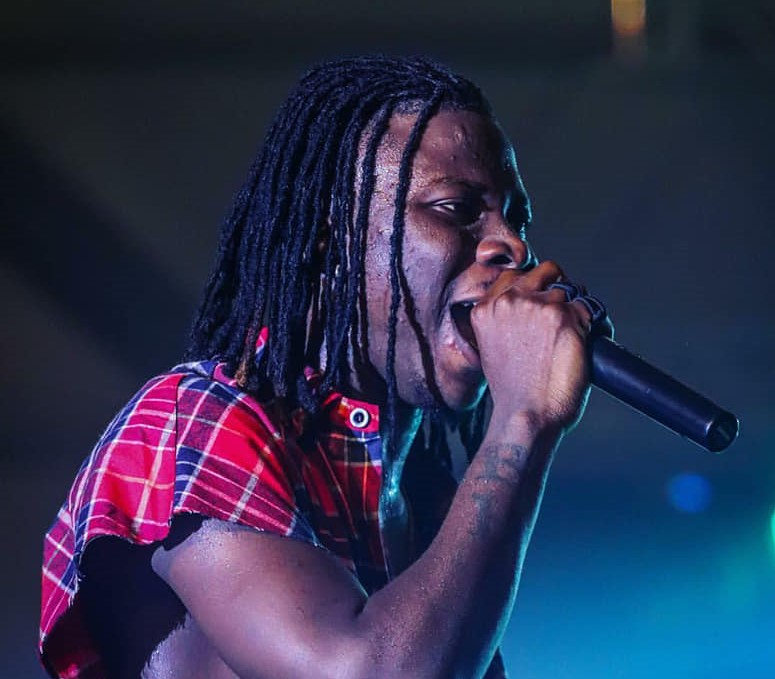 The festival mega jam concert is slated for Saturday, September 14 at the Victoria Park in the Western Region of Ghana and will see host of Ghanaian entertainment practitioners making their presence felt by delivering top-notch performances that will make festival goers yearn and crave for successive editions.

As the frontliner of the festival, 2015 Black Entertainment Tv (BET)Awards Best international Artiste – Africa and 2015 Vodafone Ghana Music Awards (VGMA) Artiste of the Year will be performing majority of song from his catalogue, including the, “Shuga” which features Jamaican Reggae/Dancehall pioneer, Beenie Man, and multiple songs off his Billboards rated album, Epistles of Mama (EoM).

Arguably one of Ghana’s biggest acts currently, Patapaa is joining some of Ghana’s biggest acts for the 2019 edition of the concert which has now become an integral part of Axim’s entertainment calendar. the leader of the Pa2Pa Soldiers, is storming Axim in grand style as he was named as the latest addition to the impressive list of acts billed to perform at the 2019 Kundum Festival Mega Jam Concert.

Stonebwoy who has displayed overwhelming and enormous wow-factors with the band is expected to perform alongside his BHiM Band, as the team prepares to prove supremacy and dexterity in performances that comes in three dimensions, thus, Reggae, Dancehall, and Afro-beat genre of music. The Mega Jam will be followed by a massive Pool Party Jam at the Axim Beach Resort on Sunday, September 15.

Chalking success from previous edition of the festival, organisers are on the verge of giving patrons an outstanding event this year. This year’s Kundum Festival Mega Jam Concert, which is powered by Livewire Events is under the auspices of Minister of State and Member of Parliament for Evalue-Ajomoro-Gwira, Hon Catherine Afeku and Municipal Chief Executive (MCE) for Nzema East Hon Frank Okpeyen.

Kundum Festival is celebrated by the Coastal tribes of the Western Region of Ghana. The four month long festival is celebrated at weekly intervals from town to town between August and November every year. The main highlights of the festival are the stool cleansing, the ancestral prayers and the drumming and dancing that accompanies Ghanaian festivals.

The festival which is celebrated by both the Ahantas and the Nzema people of the Western region has a lot of legend behind it. One school of thought has it that, the origins of the Kundum festival comes from a tree in a village called Aboade whose fruits ripen only once a year. Thus the people adopted the ripening of the fruit to start the celebration. Another legend has it that a hunter from the village was on a hunting expedition and he saw dwarfs dancing to the rhythm of a strange music. He studied them for months, learnt the dance and came home to teach his people. Thus the origin of the Kundum festival and the Kundum dance.

The way it is celebrated varies from town to town. Every one of them makes an effort to add some uniqueness to their own celebration to make it grand. Kundum is one of the few festivals in Ghana that has evolved with the modern trend of life. Aside the usual dancing and feasting to which it is associated, the Kundum festival is also a time for the people of the town and their chiefs to sit down. There is conflict resolution, planning of developmental projects for the town, welcoming home of natives who have travelled. This is to instill sound moral values into the people. Each day of the week has a unique celebration.

The natives, preparing for the festivals by getting new clothes and footwear made from beautiful material to show off what they have. The celebration starts on a Sunday with the beating of drums at the outskirts of the town at five different places. The significance of this is to seek the guidance of the gods in the celebration.

On Monday, there is a temporary ban on drumming and dancing. The Kundum fire is lit at the chief’s palace and this flame is kept burning throughout the week. This place serves as the epicenter of the festival and the main festival meal is prepared on that fire. Tuesday and Wednesday is for merry making. There is singing and dancing all over town. The chief parades the town in his royal palanquin and the people organize competitions with neighboring towns amidst humor and laughter.

On each night there is a meal prepared for everyone to feast on in anticipation of the final feast on Sunday. The rest of the week is reserved for ritual cleansing and the dancing of the legendary Kundum dance. This dance is very unique in nature with no fixed rhythm. The people just enjoy themselves and everywhere is a party.

Kundum is an ancient festival with a modern blend of style. The final Sunday is the grand durbar, when the final feast is prepared. The people share food, amidst drumming and dancing, no one is left out, ands this is what brings the people together. The moral of the whole celebration is to make the people bond and be each other’s keeper and all that they do.

© 2019 georgebritton.com All rights reserved. The use of the articles from this web portal is allowed only when quoting the source – georgebritton.com as information presented on this website may be distributed or copied.