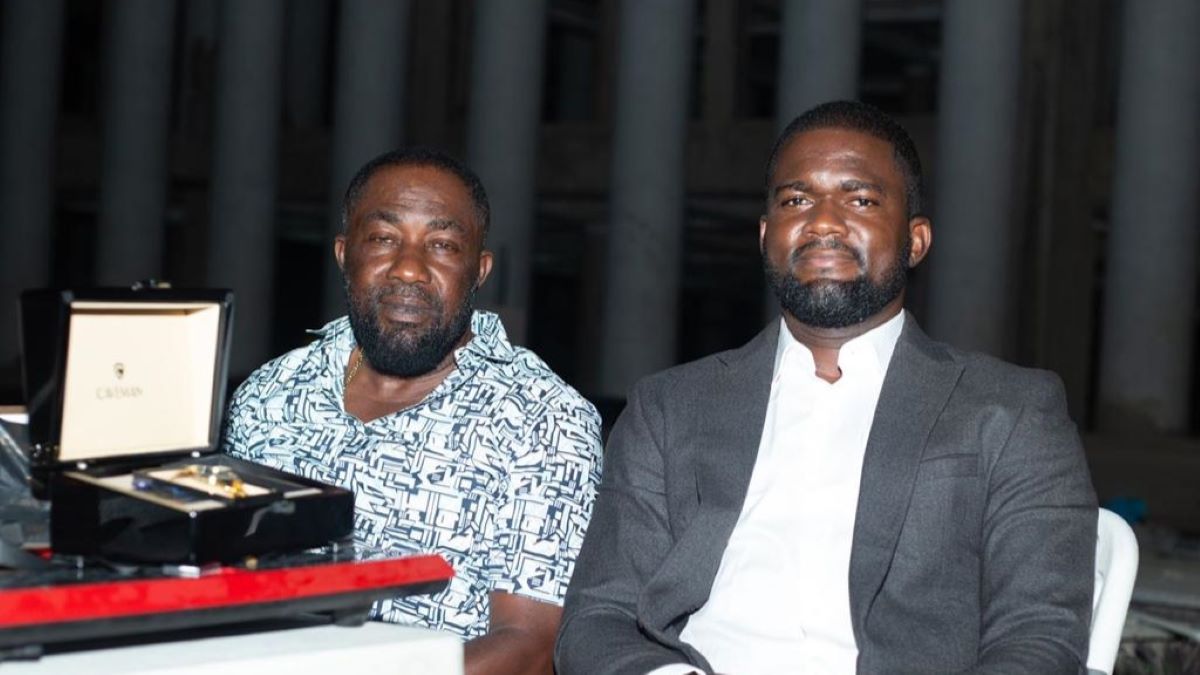 Dr Osei Kwame Despite, a Ghanaian business mogul and member of the East Legon Executive Club, has reportedly given himself a customized wristwatch from Caveman, rumoured to be worth GHC 70K.

The watch is speculated to be made of gold and handmade by the globally accepted watch brand.

A couple of weeks before the businessman’s birthday, the CEO of Ghanaian luxury watch brand, Caveman Watches, Anthony Dzamefe, made a tweet on his handle, @anthonydzamefe, suggesting that he was working on a customized gold watch worth 70K for “a boss.”

Days after announcing that he was “designing a watch for a boss”, images of a gold watch designed by Caveman watches, engraved with “Despite” and “60” surfaced on his timeline. A few pictures of Caveman’s CEO, Anthony Dzamefe, Despite Media founder and the watch also surfaced, which gave some iota of truth to the earlier speculation.

It will not be surprising if the watch story is true, because Despite is known for not holding back when it comes to getting the finer things life has to offer.

The Ghanaian millionaire businessman shocked Ghanaians on Sunday, February 6, 2022, as he rolled out in a 2022 Bugatti Chiron, a 16-cylinder engine super sports car that features four turbochargers and cranks out at least 1500 horsepower.

The car, a 2022 model, is said to be worth between $3 million and $4 million. The businessman showed off the car at the East Legon Executive Fitness club premises, where members converged for a workout and sports routine.

The price tag of the customized watch has not been confirmed, all efforts to get confirmation from the CEO of Caveman Watches have proved futile. His Twitter handle, @anthonydzamefe, however, reveals some details.

In this article:Caveman Watches, Dr. Osei Kwame Despite