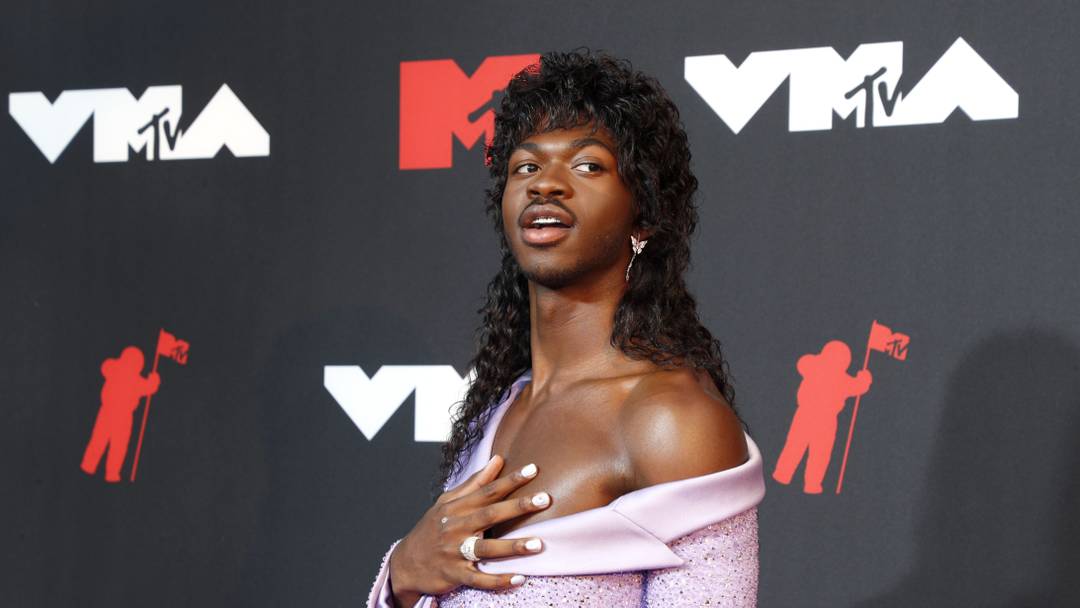 “Power bottom rapper” Lil Nas X took home the top honor at the 2021 Video Music Awards on Sunday (September 12) for his fiery, unapologetically queer “Montero (Call Me By Your Name)” visuals. He beat out some stiff competition to do so, including Cardi B and Megan Thee Stallion (“WAP”), Doja Cat and SZA (“Kiss Me Me”), The Weeknd (“Save Your Tears”), Drake and DJ Khaled (“Popstar”), and Ed Sheeran (“Bad Habits”).

“First, I want to say thank you to the gay agenda,” Nas X said in his acceptance speech after dancing his way to the podium. “Let’s go, gay agenda! … I love you guys so much. I will not take this for granted.”

It was truly a night to remember for Nas X. Earlier that evening, the 22-year-old rapper transformed the VMAs stage into the Montero State Prison for a mash-up of “Montero” and “Industry Baby,” his collab with fellow rapper Jack Harlow. The show-stealing set saw Nas X get steamy in the prison showers in a pile of all-male backup dancers. The costuming was minimal but effective, with Nas X stripping down to a pair of rhinestoned-encrusted pink boxers.

Video of the Year wasn’t his only win of the evening, either. Nas X also nabbed Best Direction and Best Visual Effects for a total of three wins from five nominations.

Between the 2021 and 2019 VMAs, he now has five Moonperson trophies to his name — and all before his debut album, Montero, drops on Friday (September 17). Take that, homophobes!