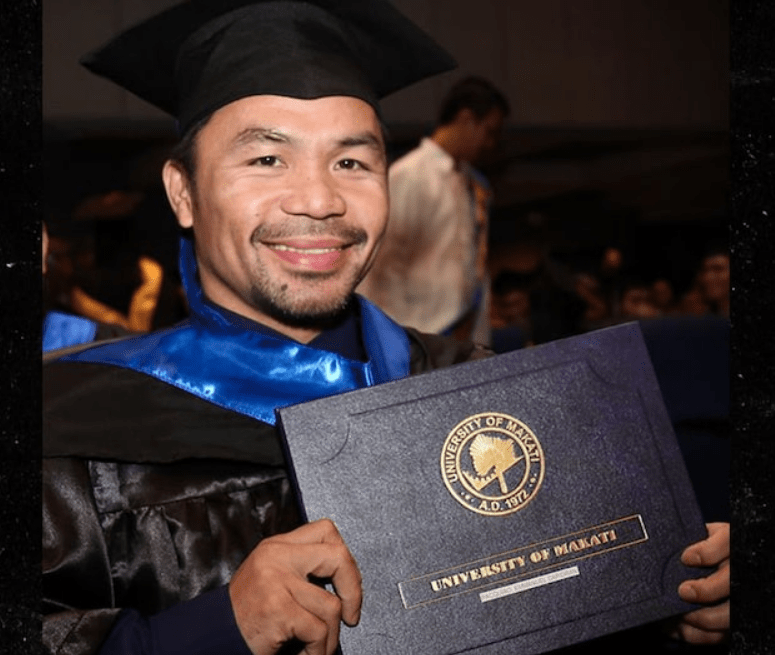 International boxer-turned-senator Manny Pacquiao on Wednesday graduated with a degree in political science from the University of Makati. The Philippine national majored in Local Government Administration.

In February, the 40-year-old boxing champion and lawmaker revealed that he decided to pursue a college degree because he “needs” it to better understand the country’s situation. In 2008, Pacquiao was enrolled in the business management program of Notre Dame of Dadiangas University in General Santos City.

He passed a high school equivalency exam in February 2007 under the Department of Education’s Alternative Learning System, which made him eligible for college education.

In this article:Boxer, Boxing, Manny Pacquiao, University of Makati