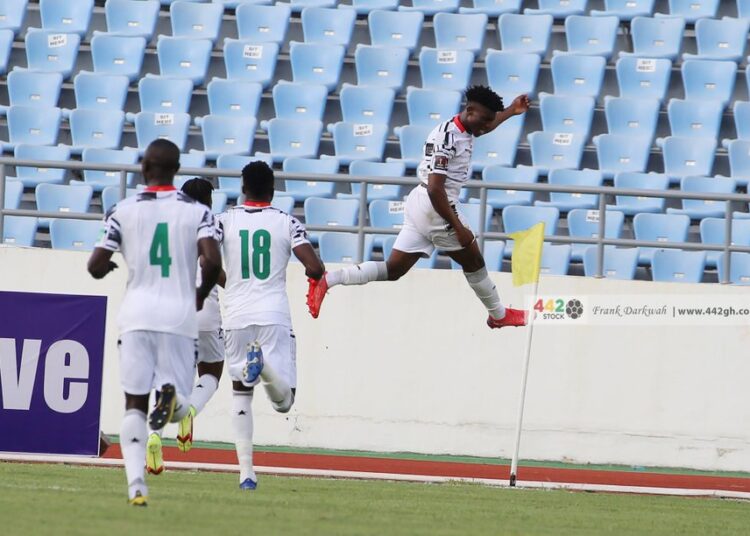 Ajax Amsterdam’s Kudus Mohammed hit the opener for Ghana on the 6th-minute mark before Thomas Partey and Andre Ayew got the rest of the goals to seal the victory for the Black Stars before 4,000 fans.

Knowledge Musona had pecked the scoring 1-1 in the 50th minute before Milovan Rajevac’s men took the game to the opposition.

Kudus Mohammed opened the scoring for the Black Stars with a brilliantly taken low drive after scrolling through the defence and linking up with Jordan Ayew who returned the pass to the Ajax Amsterdam man. The 21-year-old twisted his marker before unleashing a grounder that beat Washington Arubi.

Ghana could have gone up 2-0 on the 20th-minute mark when Kudus Mohammed outwitted his marker with an awesome application of skill. Instead of going for placement and direction, he went for power and Washington Arubi collected the ball.

Rennais offensive midfielder Kamaldeen Sulemana found the back of the net on the 34th-minute mark but he was flagged offside. The 19-year-old swirled himself around Jordan Zemura as he waited for Kudus’ pass which returned to him at a time he was already offside.

Fatawu Issahaku came close with a delightful free-kick which was saved by Zimbabwe goalkeeper Washington Arubi.

Five minutes into the second half Zimbabwe were awarded a penalty when Alexander Djiku fouled a player inside the box. Saudi Arabia-based Knowledge Musona elected himself and planted the ball to the blindside of Jojo Wollacott.

Thomas Partey scored from a moment of individual brilliance when he took on two players before unleashing a low shot to beat the visitors’ goalkeeper.

Andre Ayew scored the insurance goal for the Black Stars when he headed a Baba Rahman cross into the far corner.

Ghana went into the game in dire need of the maximum points especially when Group G leaders South Africa had secured a crucial victory in Addis Ababa after edging Ethiopia’s Walia Ibex 2-1.