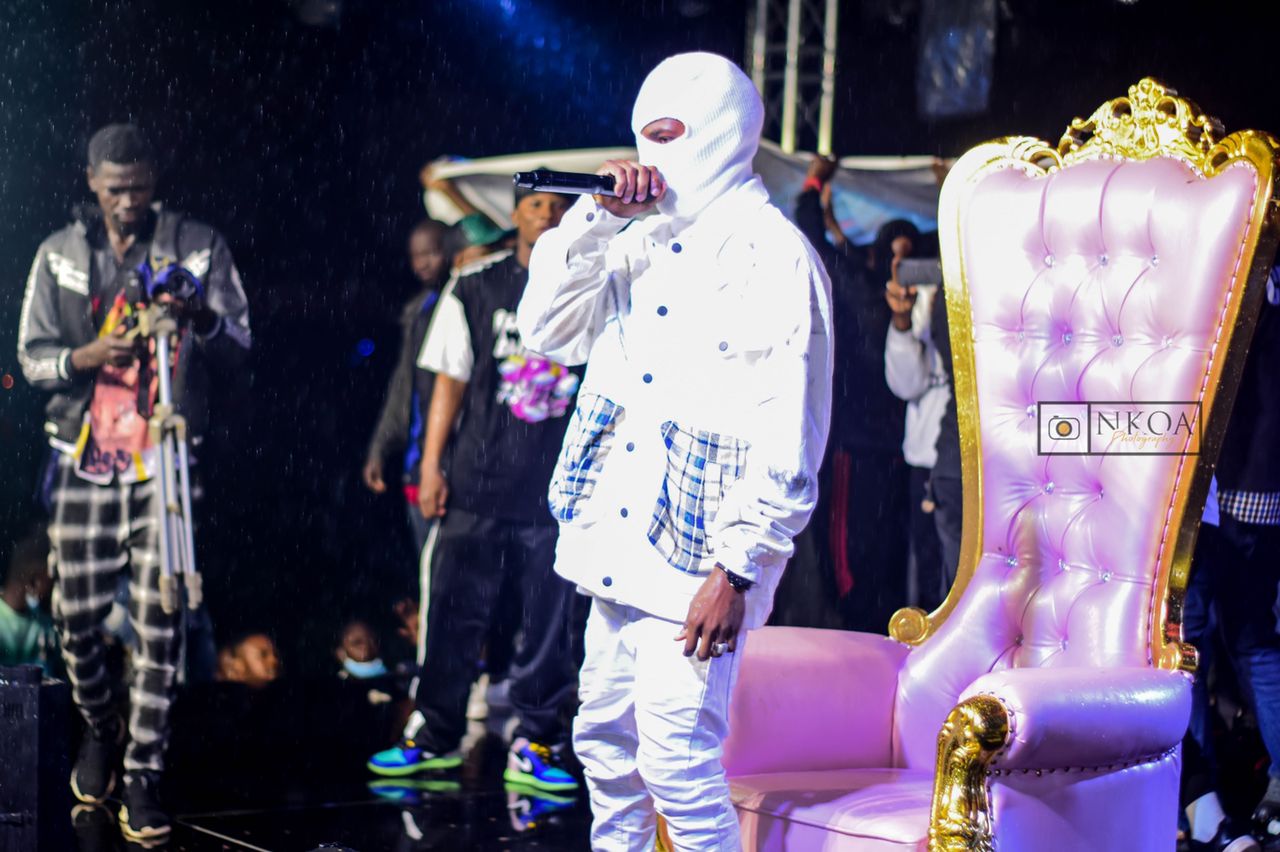 Over 11,000 fans of the self-acclaimed ‘King of Northern Rap’ Maccasio thronged the Aliu Mahama Sports Stadium (formerly Tamale Sports Stadium) over the weekend to witness “The Throne Concert.”

According to Maccasio, this concert celebrates his journey and rise into the music scene and an avenue to accept the ‘Rap Kingship’ title which his fans have bestowed on him.

Held on Saturday, August 21, 2021, “The Throne Concert” saw over 11,000 fans of the 2019 Vodafone Ghana Music Awards nominee, according to several reports in the Northern media.

The highlight of the event was Maccasio’s entrance, where he was carried like a King and ascended into a throne built for him. Another highlight was when Medikal pulled up midway through Maccasio’s performance, sparking thrilling sensation among the fans.

“I will like to thank them massively for their support always. I can’t thank them enough,” Maccasio said after the concert.

The 69 Entertainment label frontman has another plan for a concert in Accra, plus the release of a new music video.

“I’m hosting another big concert in the capital (Accra), and I have a couple of singles and a music video to drop,” he added.

This is not the first time Maccasio has made such history in the Ghanaian music industry.

Watch the highlight from the concert below.