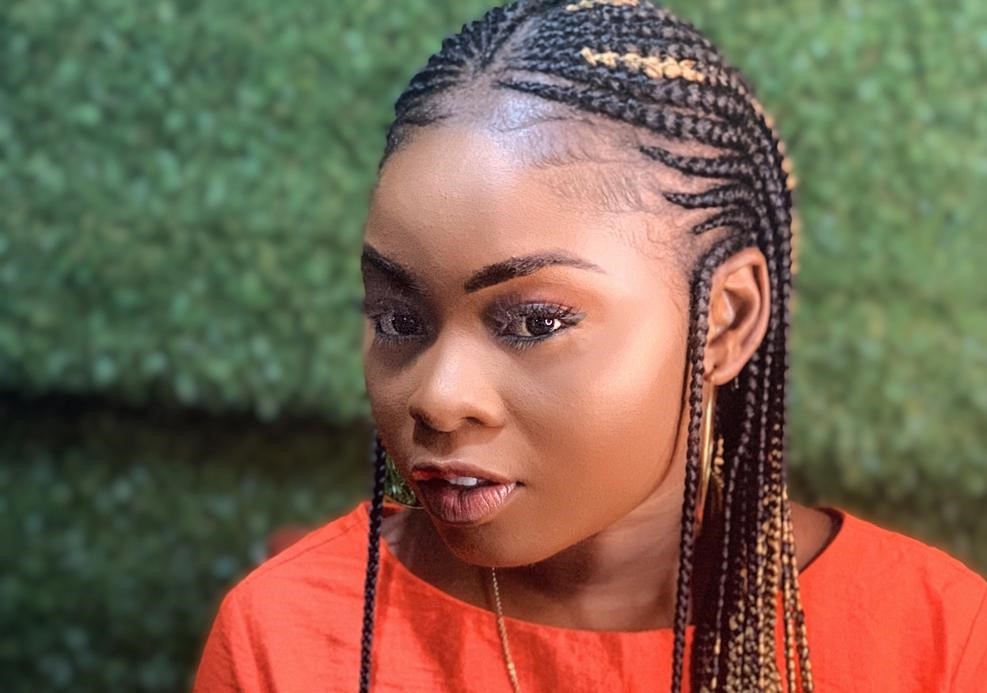 Abigail Mensah, stage name NaaNa Blu is a Ghanaian musician who hails from Shama in the western region of Ghana. She completed her Senior High School education at Shama High School also in the western region and is a recent graduate Teacher of French from the prestigious University of Education, Winneba. She is multilingual and is fluent in Fante, Twi, English, and French.

NaaNa Blu is one of three children of Madam Comfort Mensah a baker and Nana Mensah Annan a fisherman. She has a brother and sister with whom she shares a great relationship.

NaaNa started her career as an artist signed to Darlings Records from 2015 to 2019 and was managed by Mimi Andani-Michaels. She amicably parted ways with the label in November 2019.

NaaNa Blu is currently signed to Quophimens Musiq, a Record Label and Talent Management Company. NaaNa has had the opportunity of performing at the Golden Movie Awards in 2016 and 2017, on DKB’s Point of View program and recently at the Phidel’s Fashion Week in Takoradi. She’s also performed with the Chickens band at Smokes and Barrel in Osu.

Although NaaNa has been performing music for a while now, she’s recently catapulted to the limelight with her cover of the award-winning artist, Kofi Kinaata’s “Things Fall Apart”. She has received a lot of positive reviews from music lovers both at home and abroad. The video has over a million views across social media platforms and is still trending.

NaaNa Blu describes her music as a fusion of Highlife and Afro Beats. She writes and performs predominantly in Fante which is her mother tongue infused with French and English. She is inspired by Asa, Bob Marley, Akosua Agyapong, Ewurama Bedu, Fella Kuti, Whitney Houston, and Sarkodie.

NaaNa is expected to become the next big thing in Ghana and her growing Fanbase is anticipating nothing but hit after hit from her camp. On any hidden talent, NaaNa can play a mean sound on the guitar and is a member of the fancy-dress troupe Supreme in Takoradi.