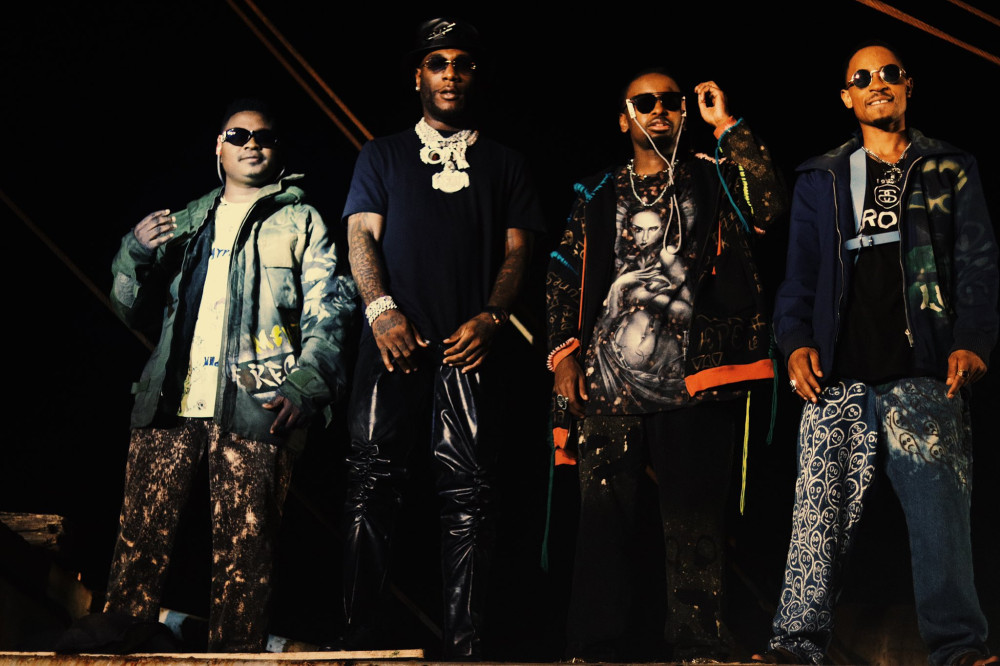 ‘Yaba Buluku’ remix finally gets an official music video and as expected, it comes off as another big win for African music, paving the way for more mega cross-cultural collaborations on the continent in the years to come.

It has been well over two weeks since Mozambican star, DJ Tàrico featured Nelson Tivane and Preck on the remix of his sought-after Amapiano single ‘Yaba Buluku’, done together with ‘’Best World Music’’ Grammy award-winner, Burna Boy, thanks to the pan-Africanist vision of George ‘Geobek’ Beke: the ‘’Geobek Standard’’ for African music, talent, culture and entertainment.

Today, following its critical success on all major streaming platforms worldwide, an official music video that was long overdue swoops in to celebrate the spirit, as well as unity of African culture, dance, language, music and most notably, to push Amapiano as a prime Afro-genre on the global market; a journey right on course thanks to American rapper, Sean ‘Diddy’ Combs, who shared a video of Burna Boy dancing to the song at hand.

Unanimously the biggest collaboration on the African continent right now, ‘Yaba Buluku’ remix retains its crown in the video department as well, boasting an engrossing set of visuals from director, The Alien, as he zooms in and out of the intense street dance standoff between Mozambican and Nigerian factions. Beyond the Yaba Buluku Boys and Burna Boy however, lies a cameo from Poco Lee. The famed dance influencer can be seen amid the night time frolics, revving hype behind the ‘’Twice As Tall’’ artist in bursts that read: ‘’Odogwu you bad!’’

The all-new clip’s beauty lies in its portrayal of the electrifying ambience between two vastly different cultures, as both sides revel in the frenzy, undeterred by their language barrier, nor comprehension of the music on blast. There’s an equally intriguing set of dance moves on display too; one that brings the two cultures together as they enjoy and appreciate quality music on Geobek Standard.

Sometimes, it is the things we least expect that hit the hardest and such is the story of newly formed Mozambican music group, Yaba Buluku Boys signed under Geobek Records & Entertainment. No one saw it coming, not even the talented trio who are in to take the whole continent by storm following the success of their first collaborative song ‘Yaba Buluku’ which came off DJ Tàrico’s sophomore album ‘’Moz Piano Vol. 2’’ and quickly became one of Amapiano’s poster songs following its viral spread on TikTok; which steered in close to 38 million views for all tags that bore its name and was ranked Number 1 on Spotify’s ‘’Viral 50’’ South Africa chart.

DJ Tàrico is the producing brain of the group, boasting a compelling cache of songs that stretch the expanse of Southern Africa. His free-flowing approach is definitive of an ingenious style.

Singer, Nelson Tivane hails from the suburbs of Maputo and doubles as a skilled songwriter of the group. His music is a fusion of afro-rhythms paired with his often-patriotic themes that shine through some of his most successful releases ‘Xingomana’ and ‘Anita’.

A recording artist from the streets of Maputo, Preck is a staunch connoisseur of the region’s afro-dance genre and other popular indigenous sounds. His debut song ‘Harentwa, Ni Taku Komba’ remains a highlight of his excellence and a tip of what he has in store for Africa.