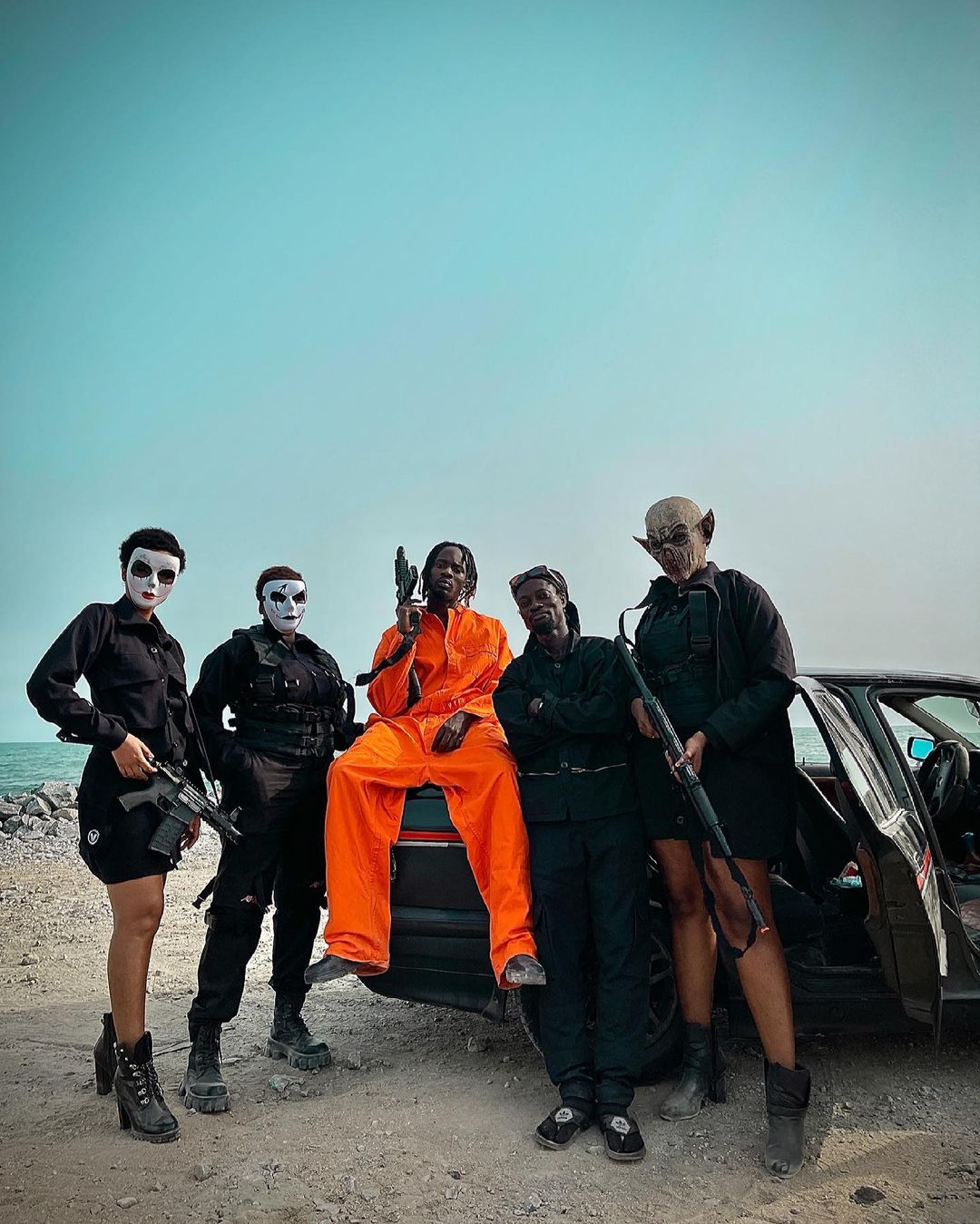 Afropop superstar Mr Eazi has released the music video of “The Don” – lead single off his 2021 ‘Something Else’ EP. The video of the dramatic, opera-inspired slice of afro trap single is shot and directed movie-style by director Babs Direction.

Mr Eazi executively produced the video shot in Ghana, in which he takes on a character of The Don – a revered former convict who escapes from capture and goes on to continue living freely among his people, with ideals like ‘loyalty’ and ‘family’ – which he states in the film’s monologue as paramount in his life.

Mr Eazi weighs into his state of mind at the point of making “The Don”: “I spent the entire 2020 working on building emPawa Africa and morphing into ‘Don Eazi’, the mogul. I almost had no time to record.” However, he credits his producers on the record: Kel P and Killertunes for the inspiration, adding, “They kept coming to meet me in Accra until I finally recorded “The Don”. That opened the door for me getting back in the studio.”

For Eazi, ‘Something Else’ represents a “calm before the storm” as he continues his journey from the artist on breakthrough projects: Life Is Eazi, Vol. 1 – Accra To Lagos (2017) and Life Is Eazi, Vol. 2 – Lagos to London (2018); to a globe-spanning entrepreneur and thought leader. He is currently in Ghana, where he has just begun work on his upcoming third album, tentatively titled Life is Eazi, Vol. 3.

‘Something Else’ EP is available on all DSPs via Eazi’s own Banku Music label and emPawa Africa.

‘Something Else’ EP follows a busy year for the Nigerian recording artist and music business innovator. 2020 saw Eazi appear on the cover of Billboard; expand his emPawa Africa talent incubator; launch the Africa Music Fund, an innovative financial vehicle designed to make capital available to African artists; and release successful collaborations with Major Lazer/Nicki Minaj (“Oh My Gawd’) and J Balvin (“Lento”). “Nobody,” his link-up with DJ Neptune and #emPawa100 alum Joeboy, was the No. 1 single of the year in Nigeria, generating over 100 million streams worldwide.

Mr Eazi is a musical innovator, business leader and philanthropist. As a recording artist, the Nigerian multihyphenate is the voice behind afropop hits “Pour Me Water,” “Skin Tight” (featuring Efya) and “Leg Over,” as well as groundbreaking collaborations with the likes of Beyoncé, Bad Bunny and J Balvin, and the creator of Banku Music, a fusion of Ghanaian and Nigerian sounds and culture. A serial entrepreneur, he’s also the founder of emPawa Africa, a talent incubator program which funds and mentors emerging African artists, and the digital music aggregator emPawa Distribution — initiatives hailed by CNN, Rolling Stone, Billboard and Forbes for their innovative approach towards expanding African music’s global reach. All told, Mr Eazi has clocked over 375 million YouTube views and more than 1 billion streams across all DSPs, making him one of the most streamed African artists worldwide.

In this article:Africa, Featured, Film, Ghana, Mr Eazi, Music Video, Something Else, The Don