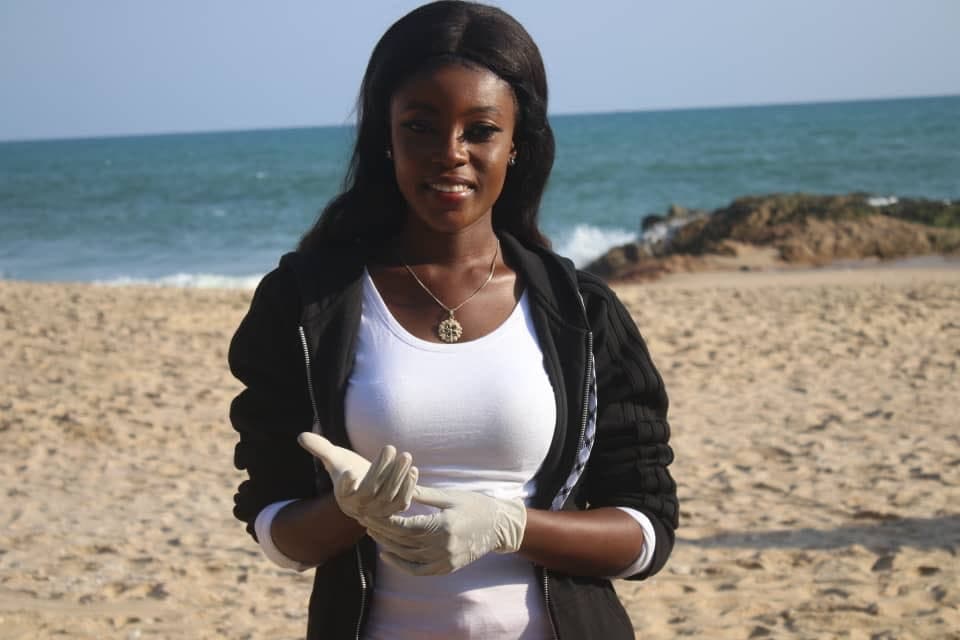 A brief unveiling ceremony took place at the Oasis Beach Resort, Cape Coast on Saturday, 30th November 2019 after a morning clean up followed by a sanitation and environmental awareness workshop.

The multiple award winning model, Araba Sey expressed her delight at the Ambassadorship, describing it as call to duty which she would approach with all seriousness, passion and dedication.

Since 2011 when the first ever Ghana Beach Soccer League kicked off, officials and players of registered clubs have been actively involved in community sanitation exercises in line with the association’s “Communities Engagement Policy” (CEP).

Coordinator for Envirosan, Jennifer Dery confirmed that other non coastal communities would be visited by her outfit in the coming weeks and months as the campaign intensifies.