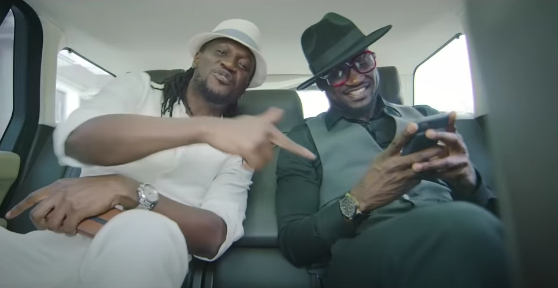 Nigerian singers Peter Okoye aka Mr P and Paul Okoye aka King Rudy have sent a wave of excitement through the hearts of their fans and supporters. The brothers who were formerly a part of the defunct PSquare music group completed the last leg of their reconciliation by meeting each other physically.

Recall that the two had initial stirred sweet reactions online after they followed each other’s page on their respective Instagram pages.

Well, the reunion has now gotten physical as the twin brothers were seen hugging it out in a heartwarming video clip making the rounds online. Peter extended a handshake to his brother before they locked each other in a warm embrace with smiles on their faces.

Others in the room were equally excited to see the brothers move past their differences and squash their beef once and for all.