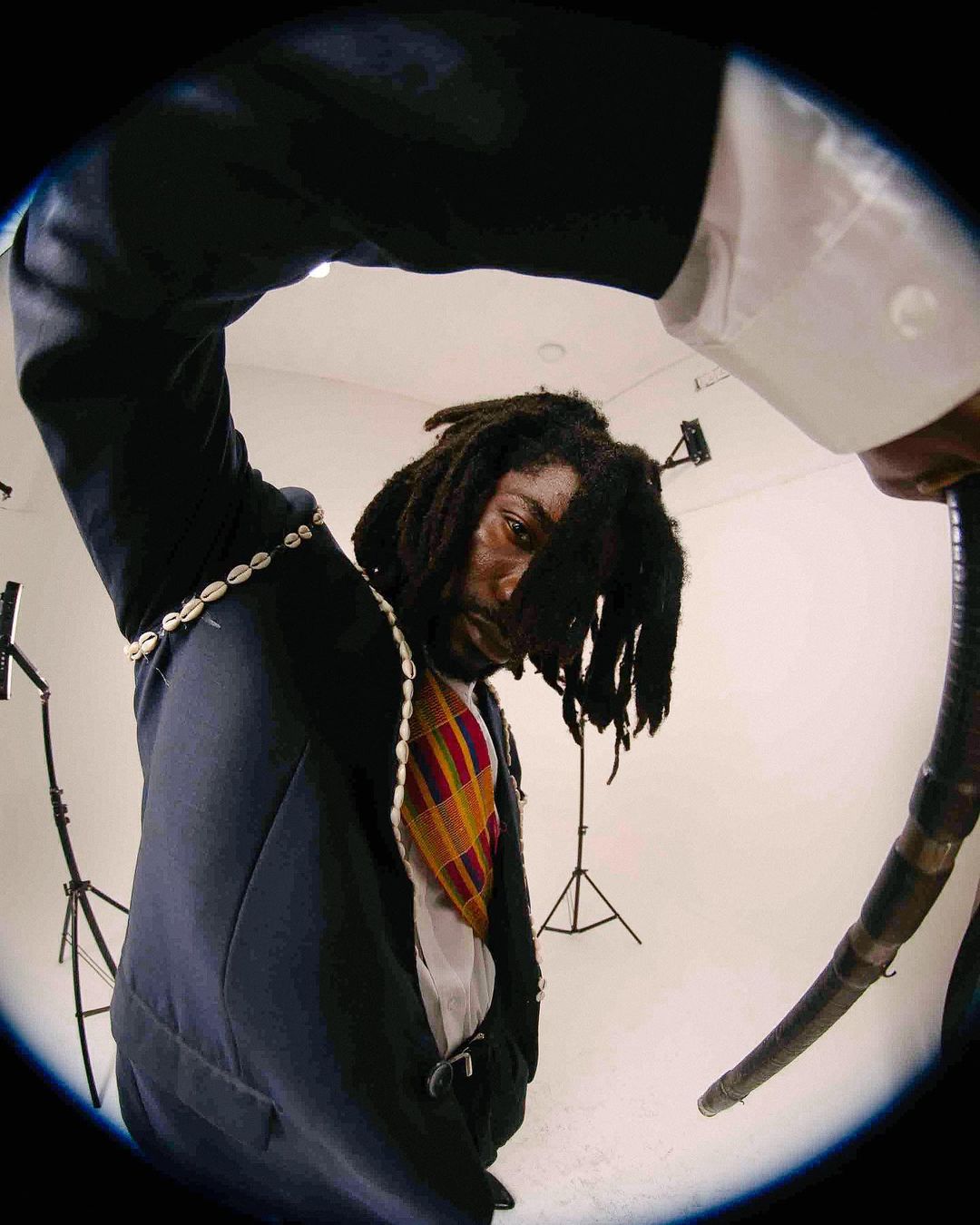 The track is the 11th song on his critically acclaimed sophomore album, Nyame Mma.

The album was released in August to a resounding reception from music lovers, many of whom have attested to its prominent approach and creative growth.

His first visual for the 16-song record represents his undying quest to define culture and shared responsibility for societal growth.

The song itself presents a double-sided play. On the one hand, he is flanked by two male figures in dark and white tones inside the Elmina Castle, a facility known for selling slaves in the colonial days.

Born Bernard Nana Appiah, the artiste calls on all social ethics for self-assessment and duty.

However, in another scene, he is rapping in front of a Presbyterian Church where a shrine is close by.

The images are as contrasting as its message’ “I have been looking afar, but I did not know that I was sitting on it, I’m part of it. Sometimes it is me, sometimes it is you,” Pure Akan laments.

The visual rides on an acoustic undertone that runs as a template to deliver the message of community and accountability in an African setting.

Unexpectedly, the video takes you through a flicking journey of images constantly flowing to compliment Akan’s quick delivery.