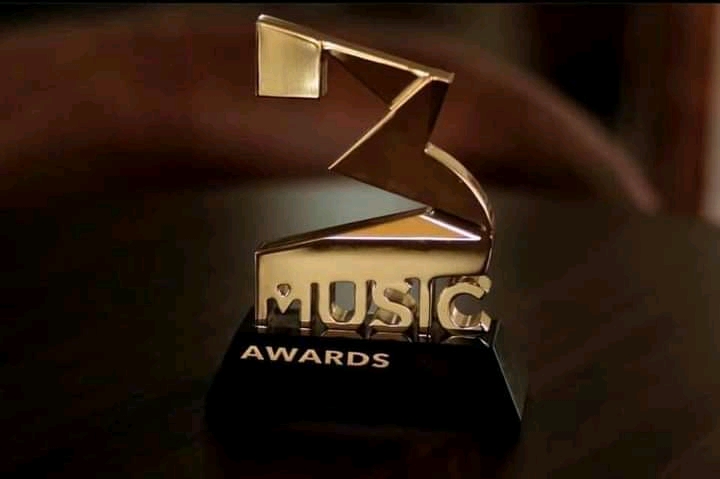 Unprecedentedly, undisputably and unarguably, the fourth edition of the most prestigious, decorated and well standardized 3MUSIC AWARDS the was held yesterday 27th March 2021 was not just an ordinary and musical ceremony but a memorable and astonishingly crafted and created Awards night in musical history in the country.

It can be monumented, structured and written in musical records for purposes that the fourth edition of the 3Music Awards ceremony held at the Accra Conference Center is one of the biggest Awards night and Grammy Awards like Awards ceremonies to be held in the Ghanaian music industry.

One cannot dispute and refute the fact that the Awards night was craved out, masterminded and agitated by creativity, diversity and creative uniqueness- The event cannot be said to be anything else apart from an event staged with musical and artistic intelligence and intellectualism.

One couldn’t failingly fail to see how well crafted and standardized the event was carved out of neither did one refuse to see the creative, diversity and uniqueness in the ceremony and awards night.

The 3Music awards by all musical and showbiz standards, was planned and well organized by individuals and folks who are event and entertainment savvies and addicts- Event analyst, entertainment pundits and awards ceremony critics cannot failingly fail to admit that Board and organizers who staged and managed the activities and proceedings of the awards ceremony are individuals and intellects who deserve to be eulogized and praised for the magnificent and amazing jobs they did.

Without musical sensationalism, speaking from disdainfulness and cynicism, no individual who has his musical and intellectual thinking cap on and well fixed would dispute and refute the fact that Board and organizers of the fourth edition of the awards ceremony are undisputably and unarguably gods and good when it comes to setting spaces and historical records in the organization of awards ceremonies and events.

Factually, evidentially, musically, arguably and undisputably, starting from the nomination of artistes and musical works to compete in the ceremony, Board and organizers of the Award scheme acted professionally and intellectually- They exhibited musical intelligence and intellectualism, artistic prowesses and professionalism in the selection of nominees and artistic works in the various award categories.

It will be musically, academically and artistically goat- getting, witch hunting and purging and dishonest to say that any member of the Board acted and brazenly abused his power and position to nominate or better still to have influenced the nomination and selection of an undeserving artiste or musical work to battle in the competition.

No entertainment or better still showbiz pundit, savvy, addict or critic can state emphatically and unequivocally that undeserving artistes were nominated to have competed and battled for an award in any of the various categories.

One cannot sit in his comfort zone out of musical and artistic sensationalism and sentimental thoughts and say that artistes such as Sarkodie, Kuami Eugene, Kidi, Diana Hamilton or even Fameye didn’t deserve to have been nominated for Artiste of the Year Award.

I don’t think there is any intelligent and intellectual entertainment savvy and pundit who will question why Larusso, Shatta Wale, Samini, Stonebwoy or better still Jah Lead was nominated for Reggae Dancehall Act Of The Year?

Is there any music lover and entertainment addict who will question the works Sarkodie, Medikal, Strongman, Joey B or even outstanding female rapper, Eno Barony did to have been nominated to battle for Rapper Of The Year Award? Hell NO! I can state emphatically and unequivocally without musical and artistic prejudiced and malicious thoughts that there is none!

By all standards, Board and organizers of the prestigious and well decorated awards ceremony did their best without disdainfulness and artistic cynicism in selecting the right nominees for the well branded and crafted Awards.

Not only did organizers and Board of the ceremony select deserving artistes and musical works in this year’s edition of the awards night but also gave upcoming and new acts and talents the opportunity to blow and get globally and musically recognized- undisputably and unarguably by all means and standards, new and upcoming acts and talents who have worked hard well deservingly nominated- The likes of Camidoh, Kapun, Larusso, Efe Grace, Mr Drew, Malcolm Nuna, Yaw Tog, Kweku Flick and many more well all given attention and nominations.

After successfully, intellectually, professionally and intelligently selecting the right and deserving artistes, musical and artistic works for the right and appropriate awards, Board and Organizers of the ceremony and event didn’t exhibit musical and artistic reluctancy and hesitancy in giving and serving their musical customers ( Audience) with the best and amazing, magnificent and a Grammy ceremony like awards event- Stage and place of the event ( Conference Center) were decorated and designed to musical and artistic satisfactions.

By all standards, Organizers and Board of the event and awards ceremony wowed personalities and celebrities in the country including rap heavyweight and CEO of Sarkcess Music, Michael Owusu Addo popularly known as Sarkodie- Seems and somehow a month ago before the event yesterday, the rapper applauded and hailed Organizers of the awards ceremony this year for their standardized and magnificent works ( The results of quality and marvelous works).

Factually and evidentially, after selecting the right nominees and getting a magnificent and marvelous place and stage for the event, well deserving artistes and nominees were announced as winners in the various categories- No nominee nor musical and artistic work was awarded with an award he/ she or it doesn’t deserve ( that was marvelous)- It can be stated on records that Board and Organizers of 3Music Awards and the ceremony itself have gotten accolades and praises this year since the establishment of the Scheme in three years ( 2018).

Without speaking from musical and artistic disdainfulness, cynicism and naysaying- Without musical and artistic prejudiced and malicious thoughts, there was no a single nor an atom like flaw in the fourth edition of this year’s 3Music Awards- Well, why would I be surprised by the magnificent and marvelous awards night the Ghanaian music industry witnessed yesterday when the Board and Organizing body had a media and entertainment guru and mogul like GEORGE BRITTON?