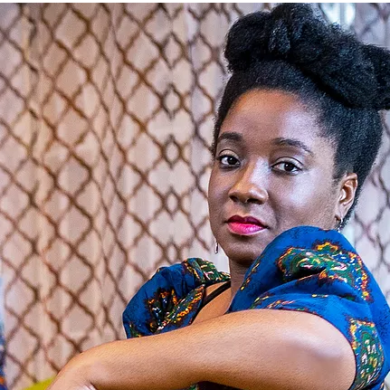 Amma Gyampo, Co-Founder of ScaleUp Africa and a Strategic Advisor spoke during a recent international tour of Tech hosted by Afrobytes and Startup Sesame in Paris to highlight the relevance of the digital new economy across the African continent.

The virtual discussion featured a panel of the African tech and development experts who discussed the role technology plays in Africa, citing the innovative use cases of Whatsapp and the establishment of Twitter, Google AI offices and the number of innovation Hubs across the continent and specifically Ghana as a marker of progress as an African Tech destination.

Speaking at the event, Ms. Gyampo indicated that, “Many mobile phone users in Ghana underutilize their phones, limiting its use to calls and USSD based services however with the rise of tech there are countless developmental use-cases that remain untapped across sectors.”

The Afrobytes event which was themed ‘It’s Time to Focus on Africa’ featured African tech experts in addition to Gyampo that included Ammin Youssof, Vera Baker, Koromone Koroye, Dario Giuliani, Andile Masuku, Idriss Marcial Monthe, and Ben Costantini who discussed topics such as Tech in Africa: A success story of Growth, The Rise of Fintech in Francophone Africa, and African voices on the global stage.

“I was thrilled to join the Afrobytes discussion focusing on Africa since all of our corporate advisory services and capacity building projects at ScaleUp Africa are designed with a novel holistic approach, Sustainable Development Goals, Digitalisation and Industrialisation outcomes in mind for women, youth and our environment. The African Tech ecosystem has grown leaps and bounds over the past few years and we are proud to be at the forefront of social impact initiatives that will move more corporations, foundations and entrepreneurs into the New Economy,” added Gyampo.

As part of its CSR strategy, ScaleUp Africa, the entrepreneurship and innovation advisory firm, recently has been working with partners such as AFROBYTES, Mastercard Foundation, Access Bank, MDF and Ghanaian AgriTech firms like Trotro Tractor and ESOKO to build the capacity of female micro-small entrepreneurs in the Agric sector to leverage the power of mechanisation and digital to improve their productivity, livelihoods and access to markets.