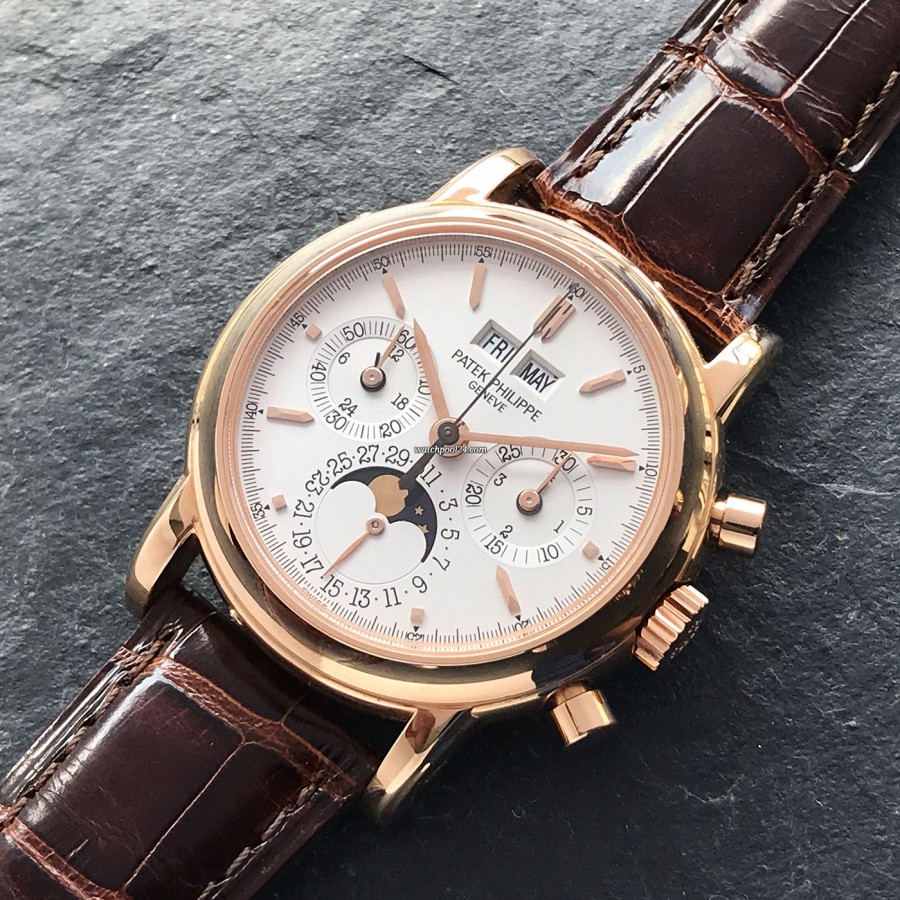 The Grandmaster Chime reference 6300A-010 was created specially for Only Watch, and it is the only one that will ever be made in stainless steel. It has four spring barrels driving 20 complications, including a grande and petite sonnerie, a minute repeater, instantaneous perpetual calendar with a four-digit year display, second time zone, day/night indicator, day/date (on both dials), month, leap-year cycle, four-digit year display and 24-hour and minute subdial. There are front and back dials, which can be changed via reversible lugs. The salmon colored front dial bears the inscription “The Only One” on the alarm subdial at 12 o’clock.

The watch also has a chimed alarm function that strikes the time by reproducing the complete tone sequence of the minute repeater – a function never before integrated in a mechanical wristwatch. To protect it against damage caused by inadvertent manipulations, it incorporates isolators that interrupt the flow of power between individual mechanisms or block certain functions while others are active.Patek Philippe originally introduced the Grandmaster Chime in 2014 in a series of seven pieces to mark its 175th anniversary. It is the most complicated watch Patek Philippe has produced. No word on who bought the watch.

The Only Watch auction, held this year by Christie’s, has been held biennially since 2005, with 100%. of its proceeds going to benefit research on Duchenne muscular dystrophy, a genetic disorder that strikes children. To date, the event has raised more than $40 million. It was started by Luc Pettavino when he learned that his son, Paul, was afflicted with the disease. Paul passed away in 2016. Luc Pettavino received the Special Jury prize at the Grand Prix d’Horlogerie de Genève two days ago.