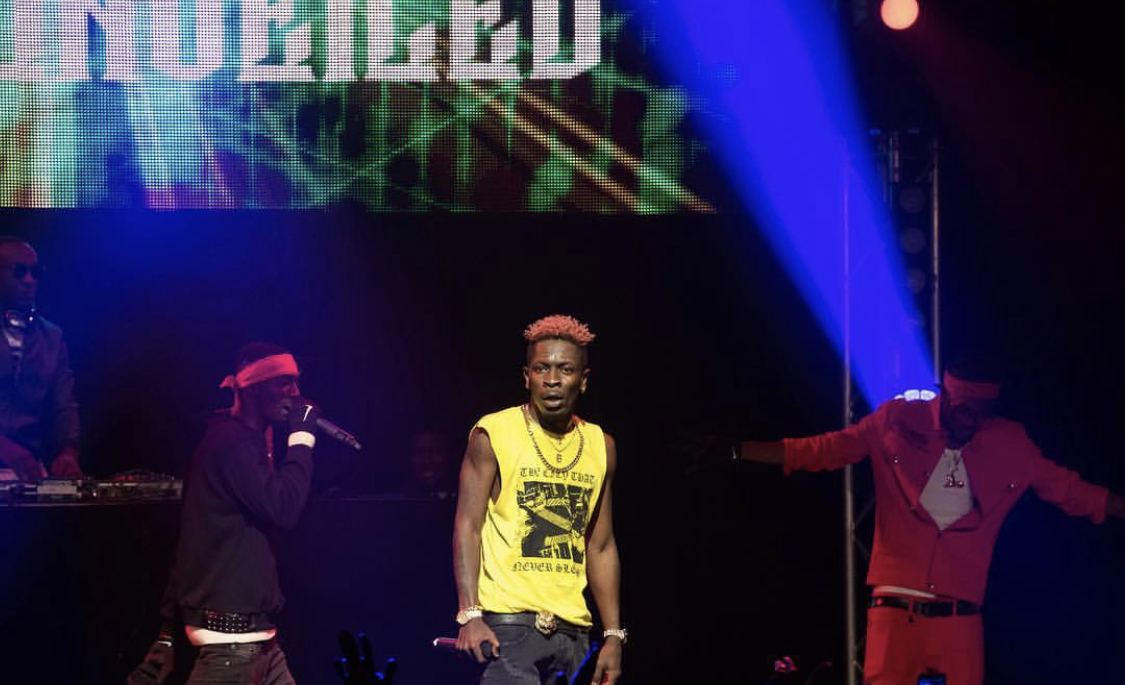 Charles Nii Armah, known as the African Dancehall King over the weekend raised the bar again far away in London as he filled the Indigo O2 arena to the brim and gave event goers real value for money with his performance.

The honcho of the Shatta Movement in the company of his militants gave an electrifying performance as the packed crowd sang every song along, note to note. If you missed London, wait for the rest.

As part of his Eroupe tour, he will be performing in Amsterdam, Dusseldorf and Antwerp. Sure, his fans will have a feel of the Reign album concert fever that took Ghana over some weeks ago.

Now that he is done with London, which was on the 16th of November, he is now set to move to Amsterdam on the 23rd of November, Düsseldorf 30th November and Antwerp on 1st December.

Europe after the tour, the dancehall king is expected to rock Africa and then a Regional Tour in Ghana.

We will keep you posted and updated as the events unfold.

Check Out Full Performance Below