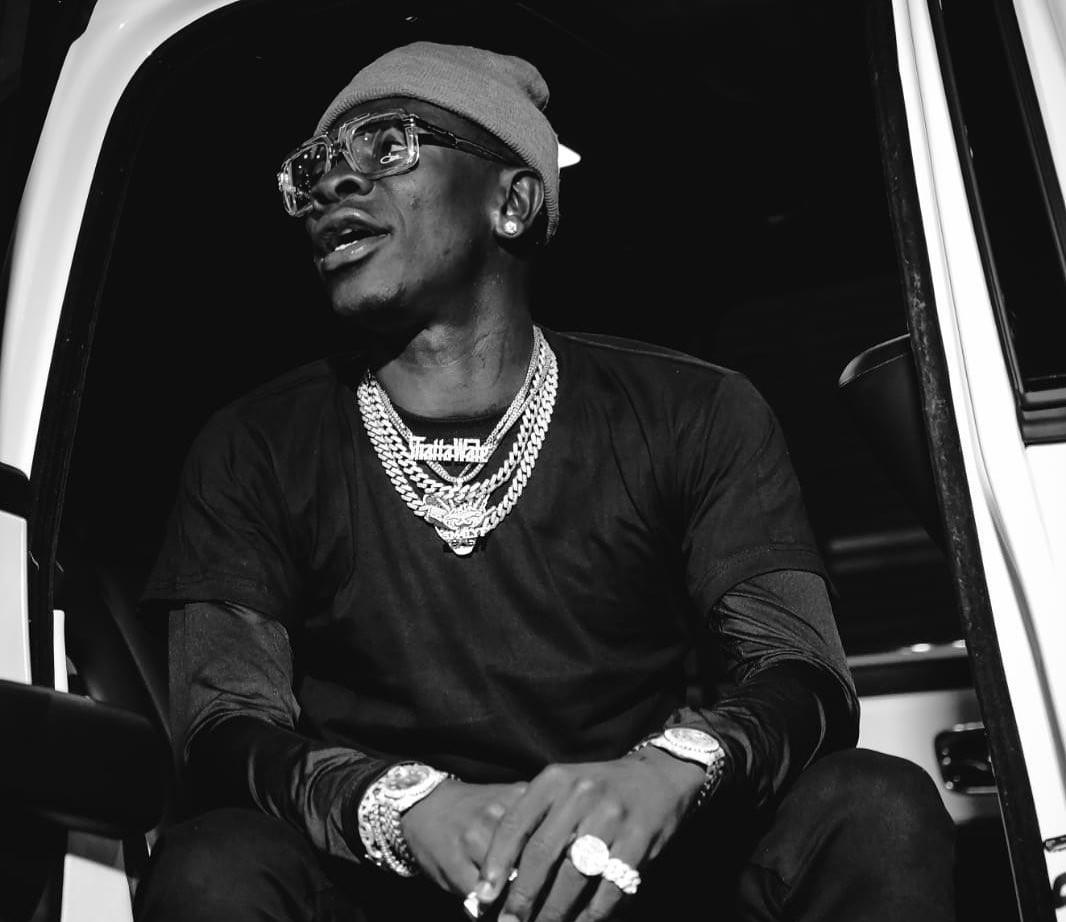 Shatta Wale has been honored with the MTN 4syte Music Video Awards “Achievement Award” at the 11th edition of the ceremony for his outstanding committment and dedication to the Ghanaian entertainment ecosystem. According to the producers, the Chief Executive Officer (CEO) of Shatta Movement president spearheaded conversations and changed narratives that made the Ghanaian creative economy attractive and business oriented.

Having achieved street credibility in a fairly undeveloped Ghanaian dancehall genre at the time, he achieved popularity with his 2004 single, “Moko Hoo”, which features Tinny. Then known in the industry as Bandana, the song earned Him a Ghana Music Awards nomination. There afterward, Bandana went missing in the music industry for nearly a decade until rebranding himself in 2013. He began releasing music under a new name, Shatta Wale, under his record label (SM Records).

Born Charles Nii Armah Mensah Jr., the Ghanaian self-acclaimed African Dancehall king best-known song “Dancehall King”, led him to win the Artiste of the Year at the 2014 edition of the Vodafone Ghana Music Awards. He owns seven mansion houses. Shatta Wale is also an actor, having appeared in the films Never Say Never, The trial of Shatta Wale and Shattered Lives.

In 2014, he peaked to number 38 on E.tv’s “Top 100 Most Influential Ghanaian” Awards chart. He has since then appeared on the chart every year. He was ranked “Most Influential Musician” on social media in 2017. He made a record-setting as a dancehall artist to have won 8 awards at the 2019 3 Music Awards ceremony.

He was the first Ghanaian to organize a digital concert on YouTube which was dubbed the Faith Concert. The concert was organized to bring hope to Ghanaians and his global audience at large during the fight against COVID-19 pandemic. He was selected by The Ministry of Communications, Ghana, alongside Highlife musician Kuami Eugene as the headline artistes for the Covid-19 app virtual launch concert held on Monday April 13, 2020. On Saturday 17 October 2020, he threw a massive birthday party, which saw attendance by family and friends at his East Legon residence to mark his 36th birthday.