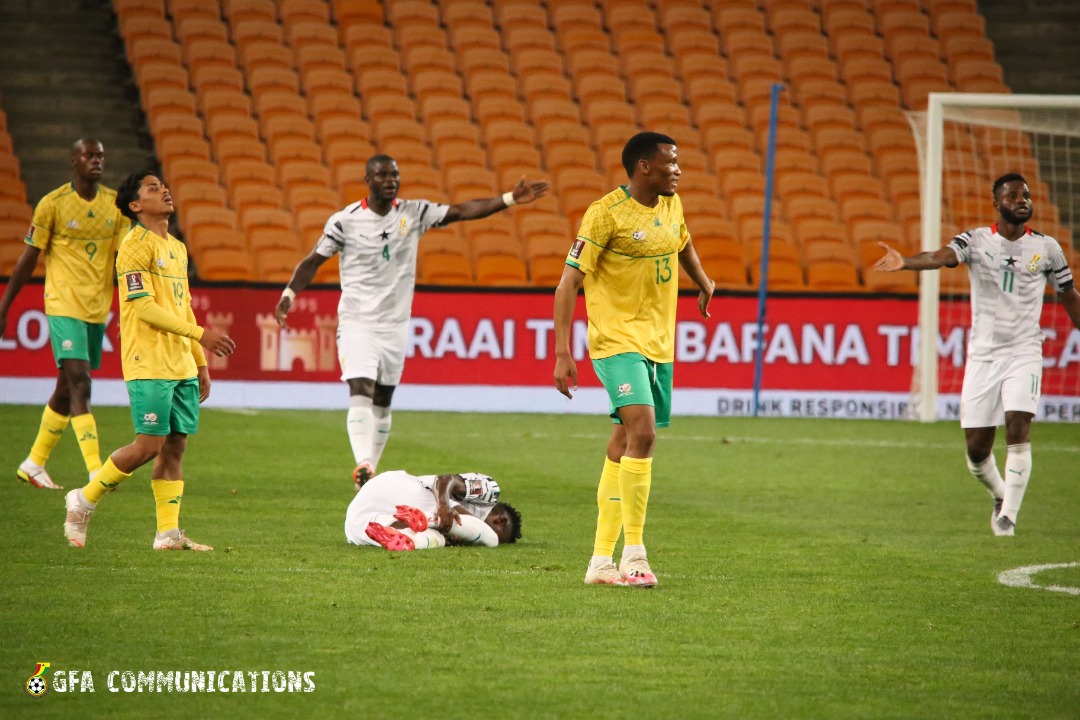 South Africa have leapfrogged Ghana in group G after edging the West African giants 1-0 in Johannesburg on Monday.

The win has sent the Bafana Bafana to the top of the group with four points after sniffing a point at Zimbabwe.

After missing the 2018 event in Russia, Ghana has set their sights on returning to the World Cup.

The Black Stars reached the world showpiece in Germany 2006 where they were making their first appearance.

They then went on to reach the Round of 16.

They secured a qualification ticket for the South African 2010 edition. This campaign saw them reach the quarter-finals, where they were defeated by Uruguay.

They made their third consecutive appearance at the 2014 World Cup in Brazil but they were forced to exit at the group stage for the first-time.