African powerhouse and global trailblazer, Stonebwoy performed an epic song mix of medleys and classics at his headlining set for Summerjam Festival at the weekend.

The 35th edition of the three-day festival brought to Köln a collection of audiences and musicians of different generations and nationalities, connected together by their vibrant and diverse reggae and afrobeats roots. This year’s festival celebrated art and culture through music on multiple concert stages.

The four-time Best Reggae/Dancehall Act in Africa and BET Award winner took the “red stage” in Cologne, Germany to thread through his catalogue from “Name,” “Nukedzor,” “Mane Me,” “Sobolo,” “Nominate,” “Activate,” “Ololo,” “Higher,” “Putuu,” and more while dancers performed intricate choreography. His current number-one single, “Therapy,” which he powerfully performed to close the set, received an outpouring of reaction from the entire festival goers.

The performance marked the Ghanaian musician’s second Summerjam Festival appearance since his historic festival debut in 2018. The musician, who is renowned for his flawless reggae, dancehall, and afrobeats musicianship as well as his unrivaled stage presence, created the distinctive atmosphere that has made the festival well-known and well-liked throughout the world and put on a spectacular performance to celebrate festival’s 35th anniversary

Stonebwoy’s inclusion on the Summerjam Festival roster forms part of his all-new Therapy Summer 2022 festival tour, announced in June and marks the eighth festival he is confirmed to be a part of this year. According to his tour schedule, he will be headlining the Afrobeats Festival on July 9th in Berlin. The Reggae & Dancehall and Afrobeats artist is also set to perform at the Kultureland Festival later this summer, and promotional assets for the show say that fans should expect to hear new music from him as well.

Meanwhile, Therapy summer 2022 festival tour arrives on the heels of Stonebwoy’s appearance in seven international music festivals earlier this year, most notably Planet Afropunk Live in the US and the City Splash Festival in the UK. 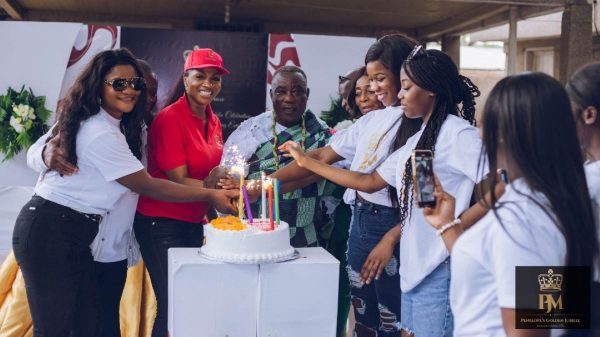