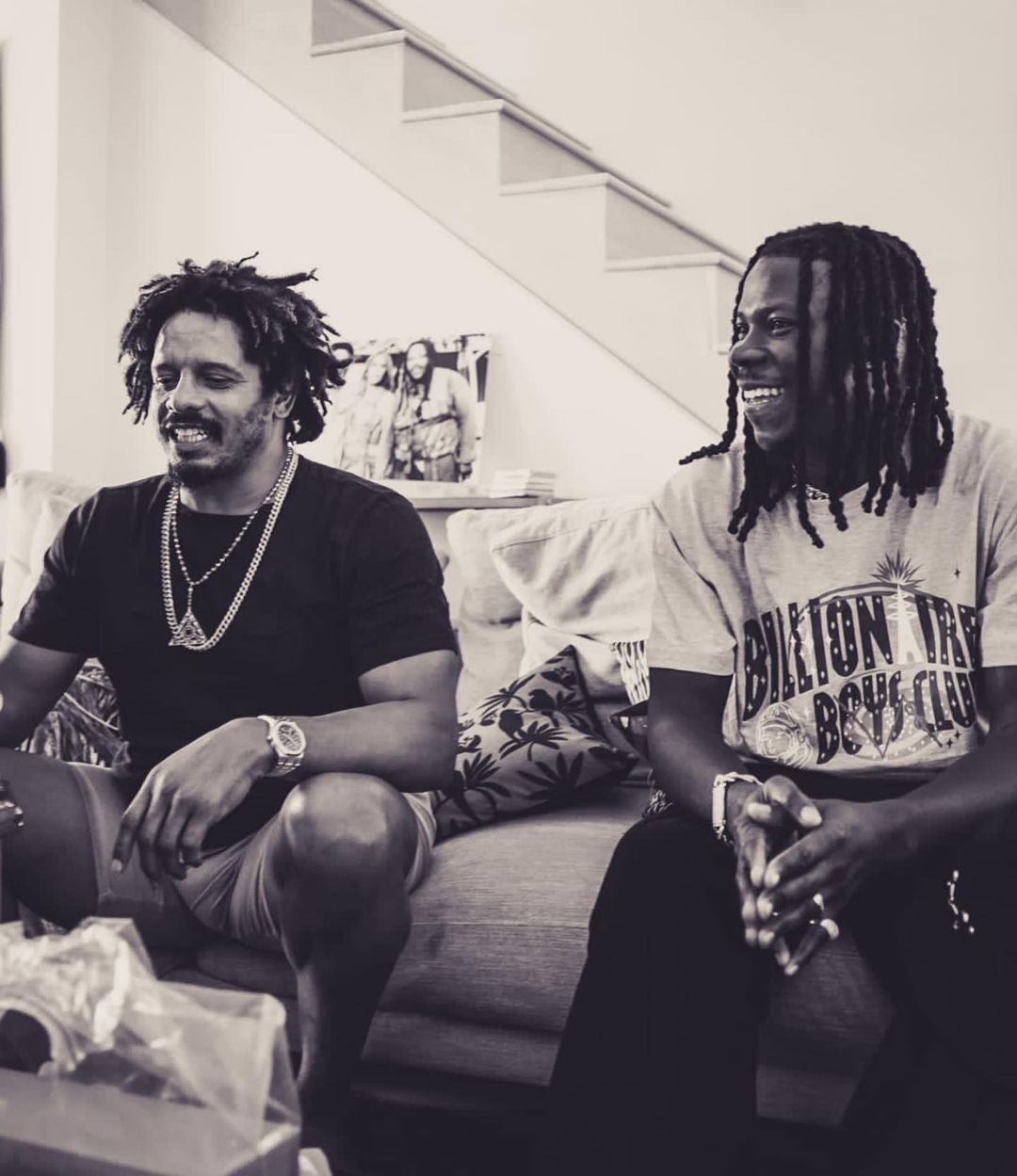 MIAMI, US – STONEBWOY was captured having a great time with, Jamaican entrepreneur and former football player, Rohan Marley, as the multiple award-winning Ghanaian reggae & dancehall and afrobeats superstar travelled to Miami to continue works on his next body of work and also promote his latest single “ARIBA” with Focalistic.

In photos shared on his official social media pages, the serial hitmaker was seen with some members from his team serving exciting and energetic looks in the residence of the son of legendary Jamaican reggae artist Bob Marley, in Miami. In their time spent, both personalities had an insightful conversation about music business, sports and how push Ghana music, and sustain the reggae and dancehall culture.

While over there in Miami, Stonebwoy’s captured rubbing shoulders with some legends in the music game. He was spotted studio with Grammy Award Winning Producer/SongWriter, Yo Izy, Are You Kidding Me?; 2 times Latin Grammys winner, Goyo; Miami-based Afro-Pop/Alternative singer, Daramola; record producer, Supa Dups and more others.

Connecting with other creative minds of his kind has been an envious hallmark of the multiple awards winning Ghanaian artiste, a quality that can only be exhibited by one of the music industry’s legends. Despite his many prospective collaborators stemming from the Afrobeats, reggae and dancehall landscape, Stonebwoy has recently joined forces with South African amapiano singer, Focalistic.

The song is a mash-up of deep house, jazz, and lounge music, with synthesizers, airy pads, and broad percussive basslines. It is characterized by high-pitched piano melodies, Kwaito basslines, low tempo South African house rhythms from the 1990s, and percussions from another local house subgenre called as Bacardi.

“Joint 77 is the most loyal person to Shatta Wale,” Addi Self reveals