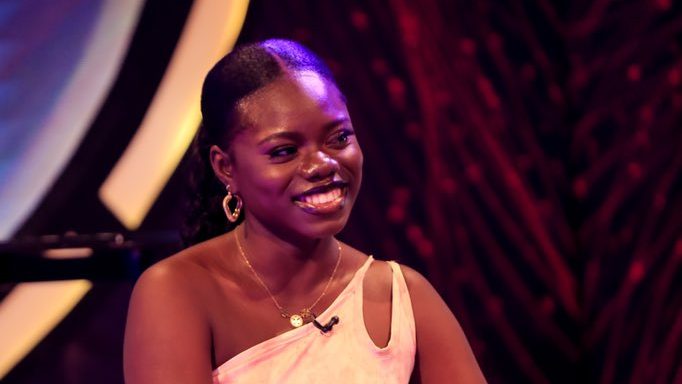 Ghanaian Singer and Songwriter Darkua over the weekend joined Giovani Caleb in an interview on TV3’s Showbiz 360 to detail her journey so far as a musician and live performer.

Darkua opened her segment of the show with a stunning performance of her recent single “You” serving the audience of TV3 Showbiz 360 with an unforgettable live performance.

With just over a year in the music scene, Darkua is making waves both in Ghana and internationally. When asked “How she’s been doing this over a year” and what led her into music, Darkua replied saying: “My Mom is my inspiration she pushed me into music…She paid close attention to my voice… and she was like Are you sure one day you won’t be a musician?…..Just think about it”.

Speaking about being consistent in the music industry and collaborations, Darkua’s plans are to give her audience the best of music. “There are some things in the pipeline… I’ve had my first feature with a Ghanaian-UK based musician Ginius who released her EP and I’m on one of her songs”, Darkua said.

In 2021, Darkua released her debut single “Amalelor” to announce her presence in the Ghanaian Music industry. Which quickly become a fan favourite and was played across FM stations nationwide. After her initial release “Amalelor” Darkua has since released “Go Low”, two videos for both singles and recently “You”. Darkua also was nominated for the 2022 ‘3 Music Awards’ as “Emerging Woman Of The Year”.