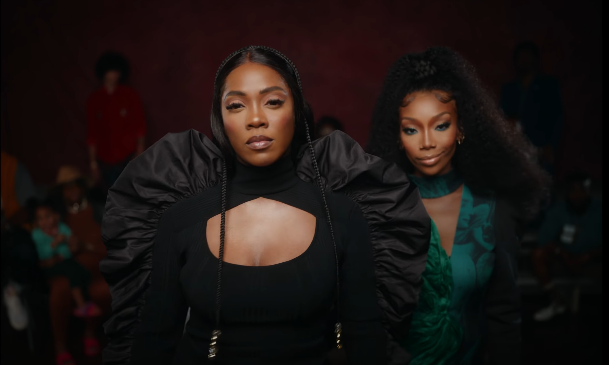 Tiwa Savage and Brandy have debuted the video for their butter-smooth collaboration ‘Somebody’s Son.’

The anthem, which has gone all sorts of viral, is housed on Savage’s recently released EP ‘Water & Garri‘ and, for many, serves as the set’s standout track. The song sees the stars sing affirmations into the hearts of those wronged in love; affirmations of a better tomorrow, and more specifically, affirmations of finding the most resonating love.

Check out the JM Films helmed visual below…

Easily becoming the fans’ favourite is the song with Brandy ‘Somebody’s Son’, a tune that has become a manifestation song for a lot of single ladies. As a follow-up to the tune, Tiwa Savage has announced that the song will be getting its video very soon.