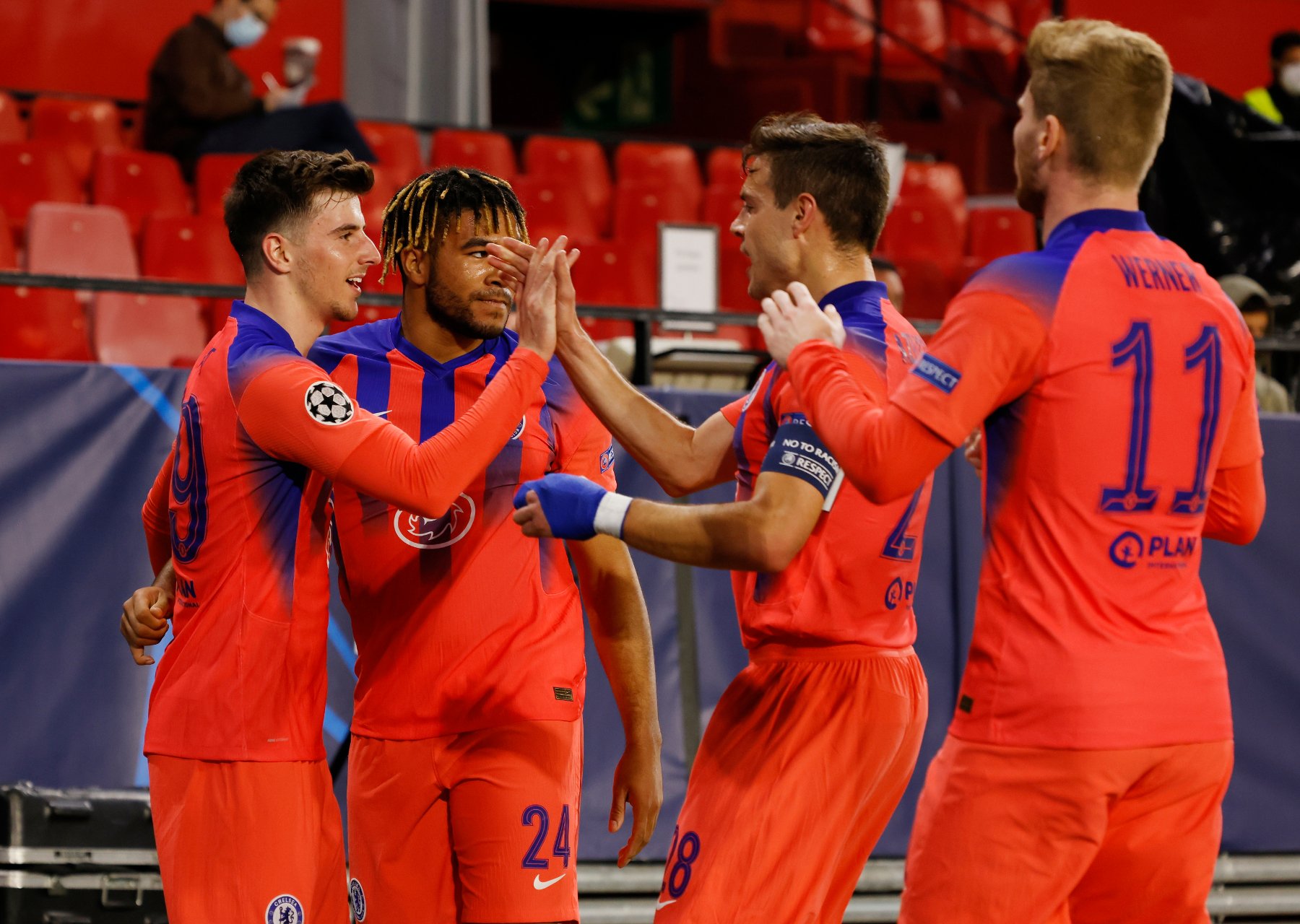 Mason Mount and Ben Chilwell netted for the first time in the Champions League to give Chelsea two vital away goals and a 2-0 over Porto in Seville.

The Portuguese side, playing ‘at home’ for this first leg at the Estadio Ramon Sanchez in Seville, looked the more dangerous side for large parts of the first 45 minutes.

Pepe, Luis Diaz and Mateus Uribe each went close for Porto, but it was Chelsea who landed the all-important away goal after 30 minutes.

Jorginho’s killer pass picked out Mason Mount in the box, the England midfielder turning brilliant before driving across the outstretched Agustin Marchesin.

Porto again pressed the Blues backline as they went in search of an equaliser and almost had it when Moussa Marega caught Antonio Rudiger napping and forced a smart save from Edouard Mendy.

Minutes later, Luis Diaz went close with a bending effort that flew just wide of Mendy’s left-hand post as the Blues struggled to keep their opponents at bay.

Chelsea still posed a thread and Cesar Azpilicueta look dumbstruck as he missed a free header from three yards out inside the Porto box that could’ve killed off the game and even the tie.

And the Blues had the second goal their game management deserved, with Ben Chilwell striding through on goal, rounding the ‘keeper and slotting into an empty net for his first goal in Europe too.

Chelsea now have one huge foot in the semi-finals, but the job is only half done with the two sides returning to Seville for the second leg next week.