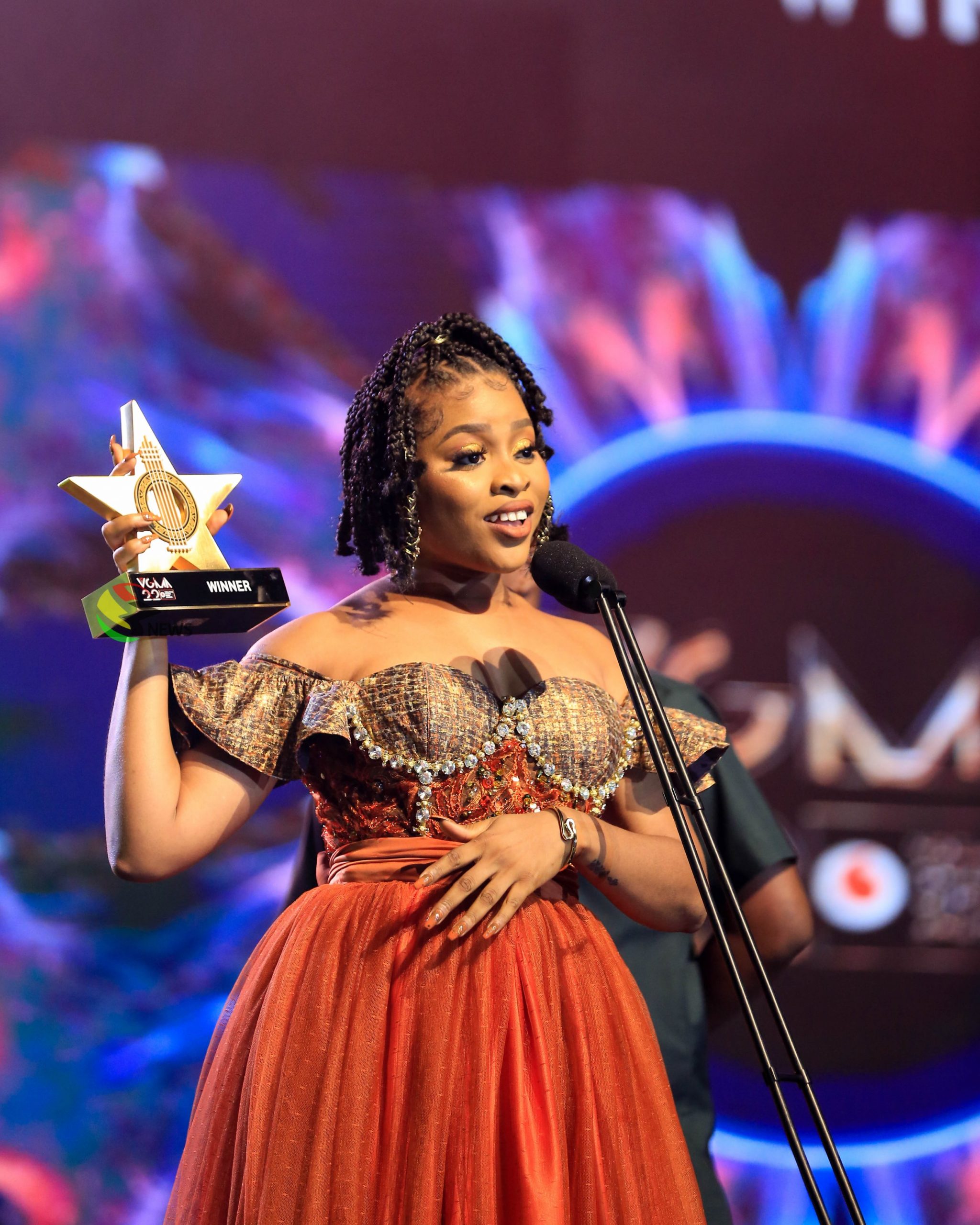 Spirit-filled Ghanaian Gospel artiste, Diana Hamilton 2020 single “ADOM” has been adjudged the best Christian music at the on-going 22nd edition of Vodafone Ghana Music Awards, streaming live from the Grand Arena. “Adom” – Grace – is to tell believers and non-believers about the unfailing love and protection of God, and his invaluable grace on humanity.

Akesse Brempong, Celestine Donkor, Empress Gifty, Joe Mettle, MOGmusic, KobbySalm ft. and Kofi Karikari were contenders in the “Gospel Song of the Year” category. This win adds to her tall list of laurel chalked in her endeavor, thus far. Diana Hamilton won the gospel artiste of the year at the Vodafone Ghana Music Awards 2020. She won the most streamed female act of the year award at the 3Music Women’s Brunch 2021.

Elsewhere, beating off stiff competition from Larruso, Samini, Kaphun, Kofi Jamar, MzVee, Jah Lead and Ras Kuuku, Adina’s “WHY” was also announced the Best Reggae / Dancehall song of the Year from the twin genre category. Adina premiered the visuals to ‘WHY’, the first single off her debut album (Araba). The video featured Van Vicker as her love interest.

The second night of Vodafone Ghana Music Award (VGMA) 22 is here at the Grand Arena with several artistes hoping to take home awards. The biggest of all the awards tonight is Artiste of the Year. Who will emerge victorious? The night will feature a number of performances by current VGMAs nominees, including: Kofi Jamar, KiDi, Kuami Eugene, Kofi Kinaata, Eno Barony, Diana Hamilton, Camidoh, etc.