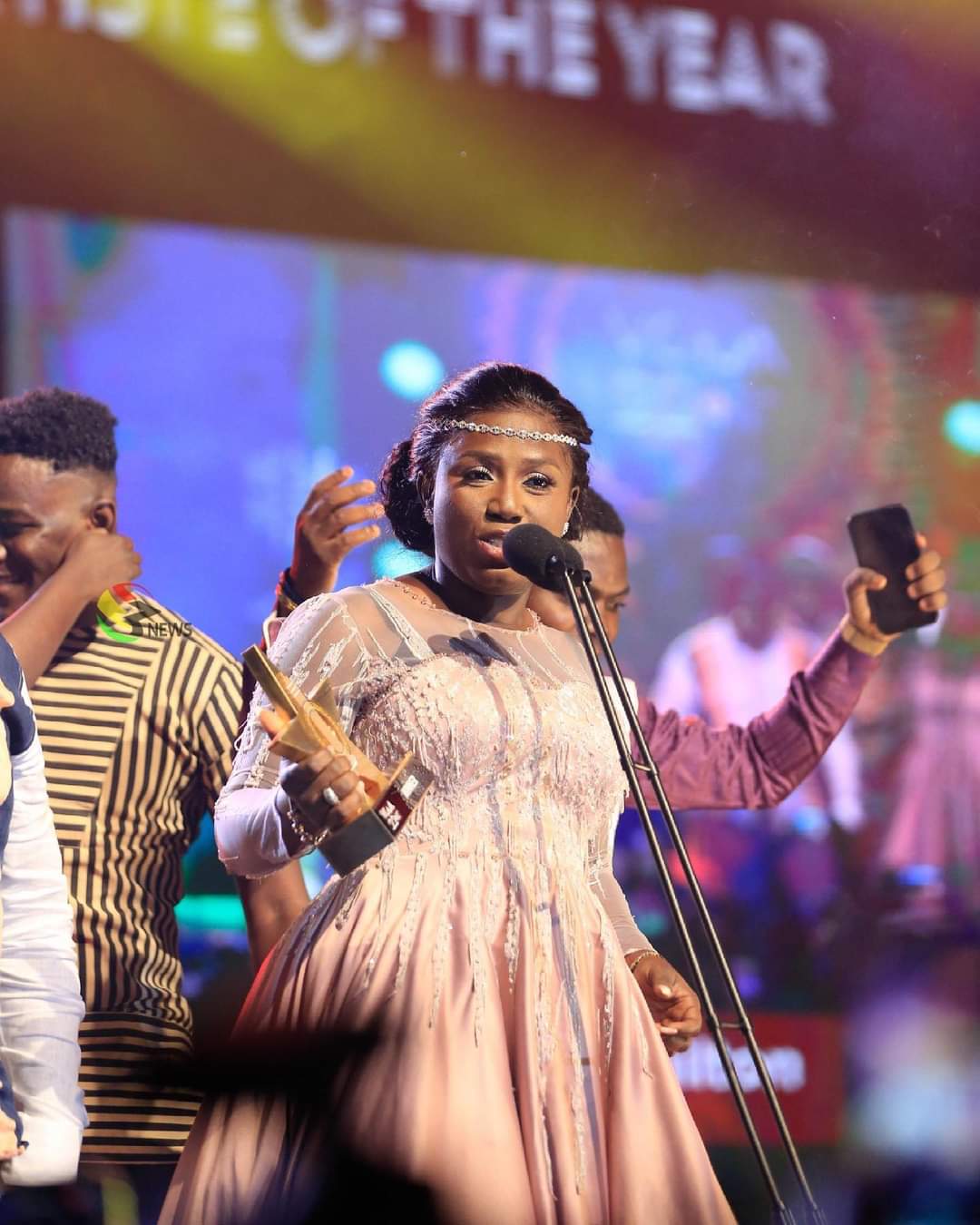 Celebrated gospel artist in Ghana, Diana Hamilton has won the ultimate award at the just ended 2021 Vodafone Ghana Music Award which streamed live from the Grand Arena. Becoming the second Gospel artiste, after Joe Mettle in 2017, to win in the history of the award scheme, she was adjudged the overall Artiste of the year ahead of KiDi, Kuami Eugene, Adina, Medikal and Sarkodie.

On the awards night, the Spirit-filled Gospel artiste was announced Gospel Artiste of the Year again for the 3rd time. Her 2020 single “ADOM” also won from the Gospel song of the year Category. “Adom” – Grace – is to tell believers and non-believers about the unfailing love and protection of God, and his invaluable grace on humanity.

Diana Hamilton has, over the years, given back-to-back gospel hit songs churning out songs like ”Mo Ne Yo” and her latest ”Wasem” which have become the gospel taste for every saint and sinner. She won the 2021 Most Streamed Female Act of the Year Award at the 3Music Women’s Brunch. In March 2021, she was among the Top 30 Most Influential Women in Music by the 3Music Awards Women’s Brunch.

Her gospel repertoire is overwhelmingly awesome and she is always lit when it comes to stage performances.

At an early age of 13, Diana was a backing vocalist for Francis Agyei. She released her debut album in 2007 titled, “Ɔsoro bɛkasa” and this album enjoyed some good airplay which brought her into the limelight. Her second album “Ensi wo yie”, released in 2010, gained her prominence in the Ghanaian Gospel Music Industry.

She was one of the headline artistes for the 2019 Harvest Praise which happened at the Fantasy Dome in Accra. 1615 media manage her music career. In May 2021, she was unveiled together with Kofi Kinaata as the Brand Ambassadors of Enterprise Life. She opened the second day of the 2021 VGMA music awards night with her performance.