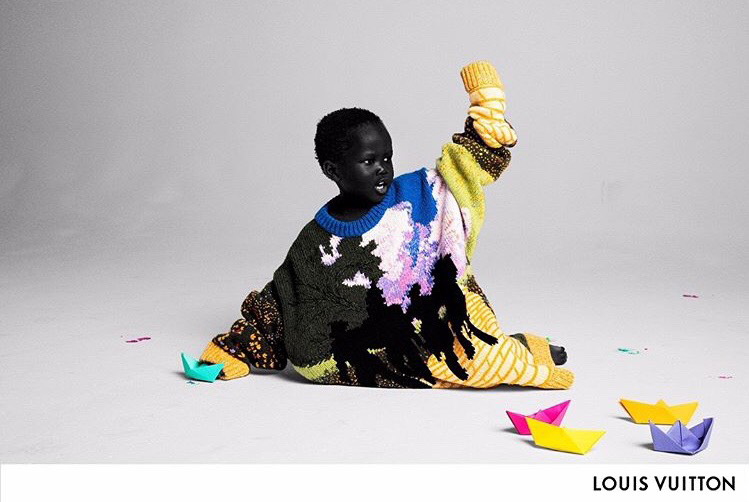 Virgil Abloh’s first ad campaign for Louis Vuitton has arrived and with it, he continues to introduce new, boundary-pushing ideas to the luxury fashion industry.

As well as elevating new talent — the 3-year-old Alieyth, 7-year-old Leo James Davis, and 16-year-old Luke Prael — the campaign focuses on stages of boyhood rather than the actual product, illustrating the values of his debut SS19 collection. More familiar faces to make an appearance include Syd Tha Kyd, Steve Lacy, Octavian, and Blondey McCoy.

“I’m not content with just designing clothes. I am more enamored with providing a premise of why my designs exist,” Abloh explained to WWD. “Today it’s the context that is the punctuation on the object.”

Abloh went on to explain how he wanted to “make [a campaign] that is universal and human at the core. Inclusive and dense, something that has gravity. So I decided I was going to focus the campaign on boyhood, not men’s wear.”

“What makes men?” he asked. “The different stages in one’s life, from infancy all the way through teenager, adolescent, young adult to adult.”

The campaign, shot by Inez van Lamsweerde and Vinoodh Matadin, will drop in three stages.