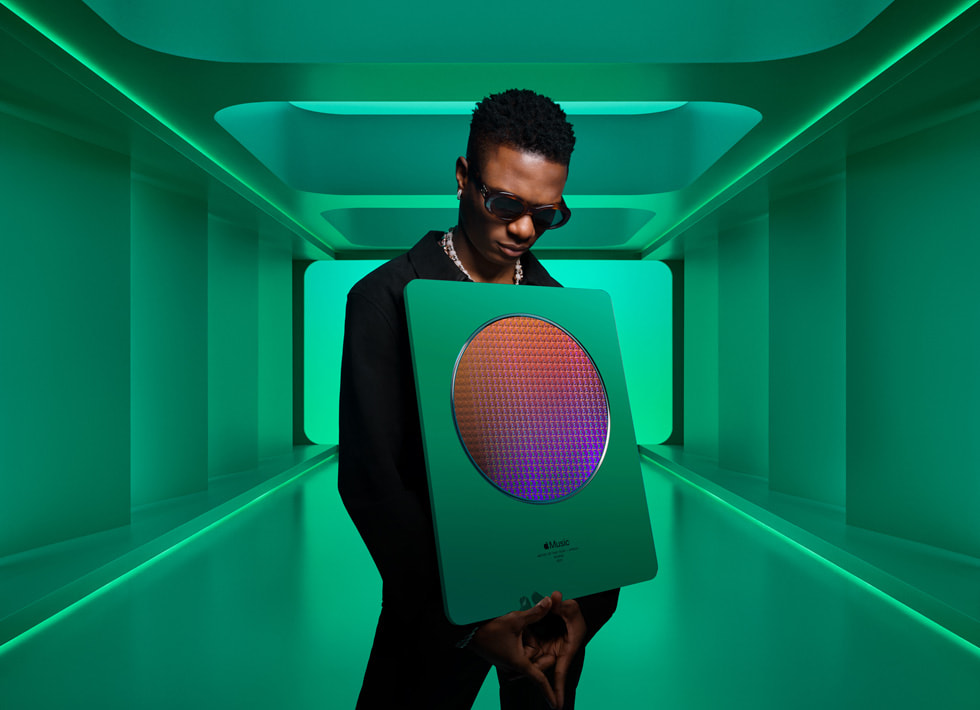 Recognizing the best artists of 2021 and their influence on global culture, Apple, today, announced the winners of the third annual Apple Music Awards, with Nigerian afrobeats superstar, WizKid, picking up the Artist of the Year (Africa) award.

In a news release, Apple said Wizkid has been the most streamed African artist on the continent on Apple Music and ranked on the Daily Top 100 charts in 60 countries, in addition to his monthly plays on Apple Music growing by more than 250 percent outside of Africa. The music hub also added that, the Nigerian singer has also been featured on Apple Music’s Today’s Hits and R&B Now playlists, and he’s a frequent guest on Apple Music Radio shows, including “Africa Now Radio,” “The Ebro Show,” “New Music Daily with Zane Lowe,” and “OVO SOUND RADIO.”

“Thank you to Apple Music for this award,” Wizkid said. “It’s a blessing to get to do what I do, and I’m proud to be representing for Africa.”

This year, the Apple Music Awards will introduce a new category of awards for Regional Artist of the Year, recognizing artists from five countries and regions: Africa, France, Germany, Japan, and Russia. The Regional Artist of the Year awards recognize artists who made the greatest impact culturally and on the charts in their respective countries and regions.

“The past 12 months have proved to be a remarkable year for music, and we’re thrilled to honor the artists who are shaping culture and connecting with fans around the world on Apple Music,” said Oliver Schusser, Apple’s vice president of Apple Music and Beats. “This year we’re also recognizing more regional artists, showing the world the impact of extraordinary talented musicians who are making waves globally.”

The Apple Music Awards celebration kicks off Tuesday, December 7, 2021, with interviews, original content, and more all streaming worldwide on Apple Music and the Apple TV app. Music fans who are not already subscribed to Apple Music can sign up for a three-month free trial at apple.com/apple-music.