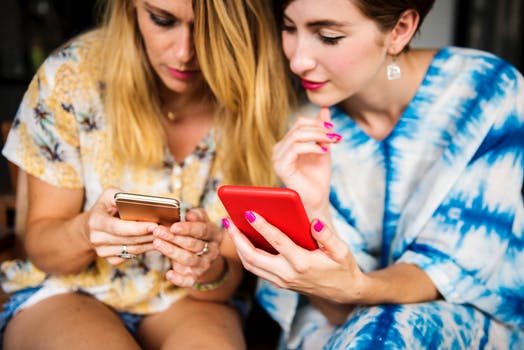 Pictures! One of the most integral part of our daily lives sometimes poses as a threat to us. A lot of the youth these days have grown a habit of taking compromising photos that sometimes end up in the wrong hands. This happens when the device is  lost.

Another way these beloved pictures end up being viewed, comes as a result of  innocently showing certain photos  to friends and family.  They in turn end up swiping to see more images in the gallery.

How can this be avoided? Here are Five really cool apps used to hide private pictures from being publicly viewed when your phone finds its way into the hands of friends or colleagues.

With options of either PIN or Pattern lock, Private Photo Vault protects photos you deem as private inside a folder. As an additional feature, the app gives break-in reports  when the device has been stolen and a photo has been leaked. The feature then automatically takes a photo of the thief as well as send their location via GPS. The app also includes a private web browser  to save online photos directly to the app. A big props to the brain behind this app. Private Photo Vault is available on iOS and Android for free.

This Photo app is well known for its decoy app icon which is designed like a utilities folder.(Who ever bothers to look at someone’s utilities?).

The app snaps and emails you an image of the intruder after four failed attempts to login to the app. It also keeps record of every login attempt, to know exactly when someone tried to get into your hidden folders.

Best Secret Folder is available on iOS for free.

Access whatever you want online without worrying about recorded browsing history whilst saving discreet photos directly to the app. The app supports locking through passwords, patterns, PIN, and even Face ID for maximum protection.

For extremely nosy and persistent people, the app has a decoy feature which allows you to enter  a fake password. This fake password opens safe random photos whilst keeping your private photos intact.

The upside of this app is that, it doesn’t show up on your “Recently Used” apps list.

Very essential for snoopers who like checking recent apps on phones that aren’t theirs.

The app secures your photos with a PIN, pattern lock, or fingerprint with “military grade” encryption. Here’s where i give a thumbs up to the developer; The app locks itself when the phone faces downward. This helps a lot with last minute gut feelings to hide your phone. Photos saved on this app stay safe in a private cloud without taking up space on your phone.

Keepsafe Photo Vault is available on  iOS and Google Play.

A round of applause to whoever is behind this App.

Who would have thought that a calculator would be a perfect place to hide secret pictures? The app uses pattern locks and touch IDs for maximum security with a four-digit passcode and a decoy icon. In addition, the app offers the option to lock individual photos and albums.

Secret Calculator is available for iOS

Certainly life savers, these apps are for very discrete people who love having private pictures on their phones.