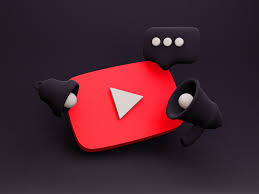 The platform’s latest revenue figures were revealed last week as part of the Q1 results of parent company Alphabet.

They show that YouTube is now generating an average of over $2 billion every month from ads – and that it’s potentially on course to generate somewhere near to $30 billion across the course of this year.

According to Alphabet’s figures, YouTube generated $6.005 billion from advertising in the three months to end of March this year.

If YouTube can maintain that +49% growth across the course of 2021, it will turn over more than $29 billion this year.

However, YouTube’s Q1 ad revenues ($6.005 billion) increased by $1.967 billion YoY – up by more than half a billion dollars on Netflix’s growth in the same period.

Despite initial concerns over how the pandemic would hit online advertising, YouTube’s annual ad revenue last year weighed in at $19.772 billion.

The platform also has a significant subscription business, which includes those subscribing to its music service, YouTube Music, and its YouTube Premium tier (which encompasses a subscription to YouTube Music).

There wasn’t an update on YouTube’s global subscriber figure in Alphabet’s Q1 results. The last confirmation we got of that number was for the quarter ending September 2020, when Alphabet confirmed that YouTube Music and YouTube Premium shared more than 30 million paying subscribers (and over 35 million including those on free trials).

YouTube’s Global Head of Music, Lyor Cohen, confirmed in November that more than 2 billion logged-in YouTube users were now playing music on the service every month.