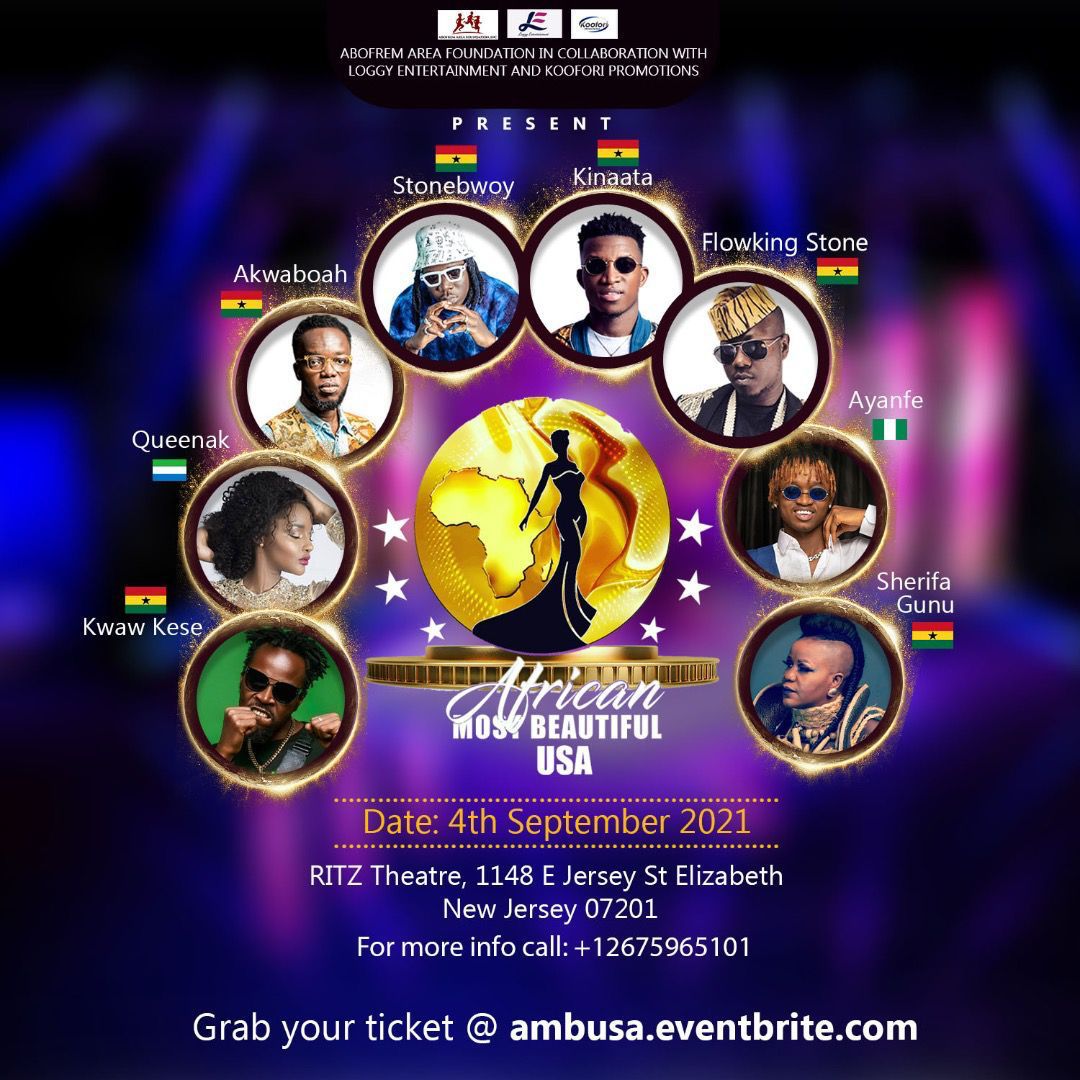 The African Continent with its huge natural and human resource has produced a lot of amazing beauties from skin to mindset. And it’s worth plausible to outdoor and celebrate some of these outstanding young women who are already doing a lot to project the image of Ghana and Africa abroad; and as well need to be empowered and encouraged to do more. Africa Most Beautiful USA has designed this platform not only to award females but as well promote tourism and culture more in America.

The event will be broadcast live on BET Networks. Red Carpet starts from 16:00hrs EST

Tickets are available via www.ambusa.eventbrite.com