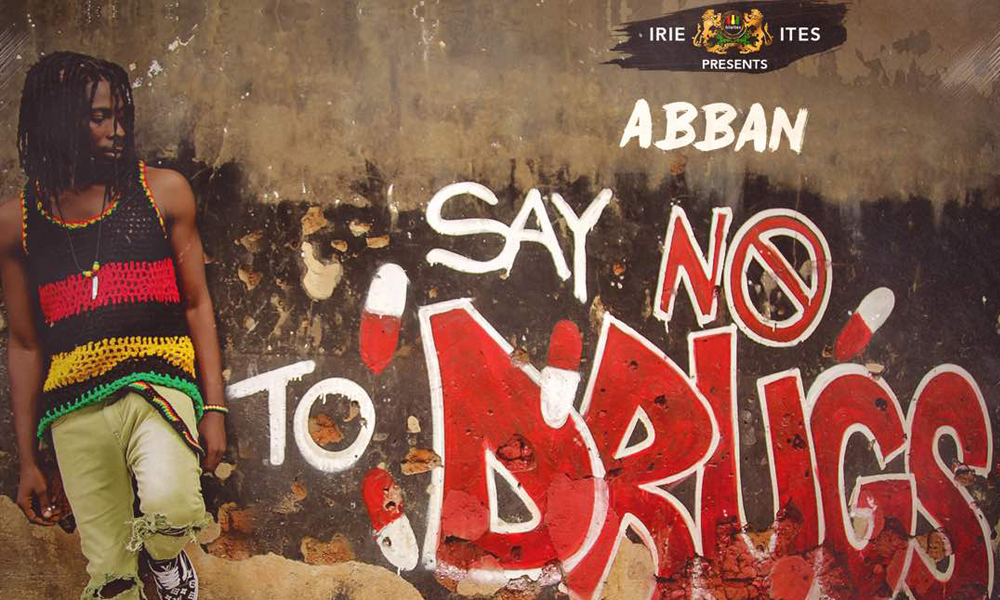 Irie Ites Studio signed artiste, Abban, has joined his voice with other Ghanaian Musicians and Celebrities who are on the campaign against abuse of drugs among citizens, especially the youths in the slum communities.

Featured in the official video for the campaign are huge celebrities, politicians and musicians like Stonebwoy, Blakk Rasta, Ras Kuuku, PatoRanking, Prince Tagoe, Hon. Mahama Toure (MP for Ayawaso East), Red Wann and other notable faces who also endorsed the “Say No To Drugs” campaign.

“My team and I have preparations of expanding the formidable project by embarking on a High School Tour to prompt the youths/Students. We also seek to pay visits to various Slum Communities in order to educate them on the causes and effects of abusing these hard drugs and introduce them to possible solutions. I come from the ghetto myself so I understand the situation better. I see what goes on there; these drugs are destroying the youths. And Music is a powerful too I can use to address the issue, that’s why I recorded #SayNoToDrugs,” Abban added.

The abuse of Tramadol, codeine and other drugs by youths in recent times has been a national issue of concern many individuals, media and various bodies are fighting against.

Abban is a budding Reggae singer signed based in Accra. He’s previously released “Mr. Bigman”, “Show Some Love”, “Agoro” as notable songs from his catalogue.