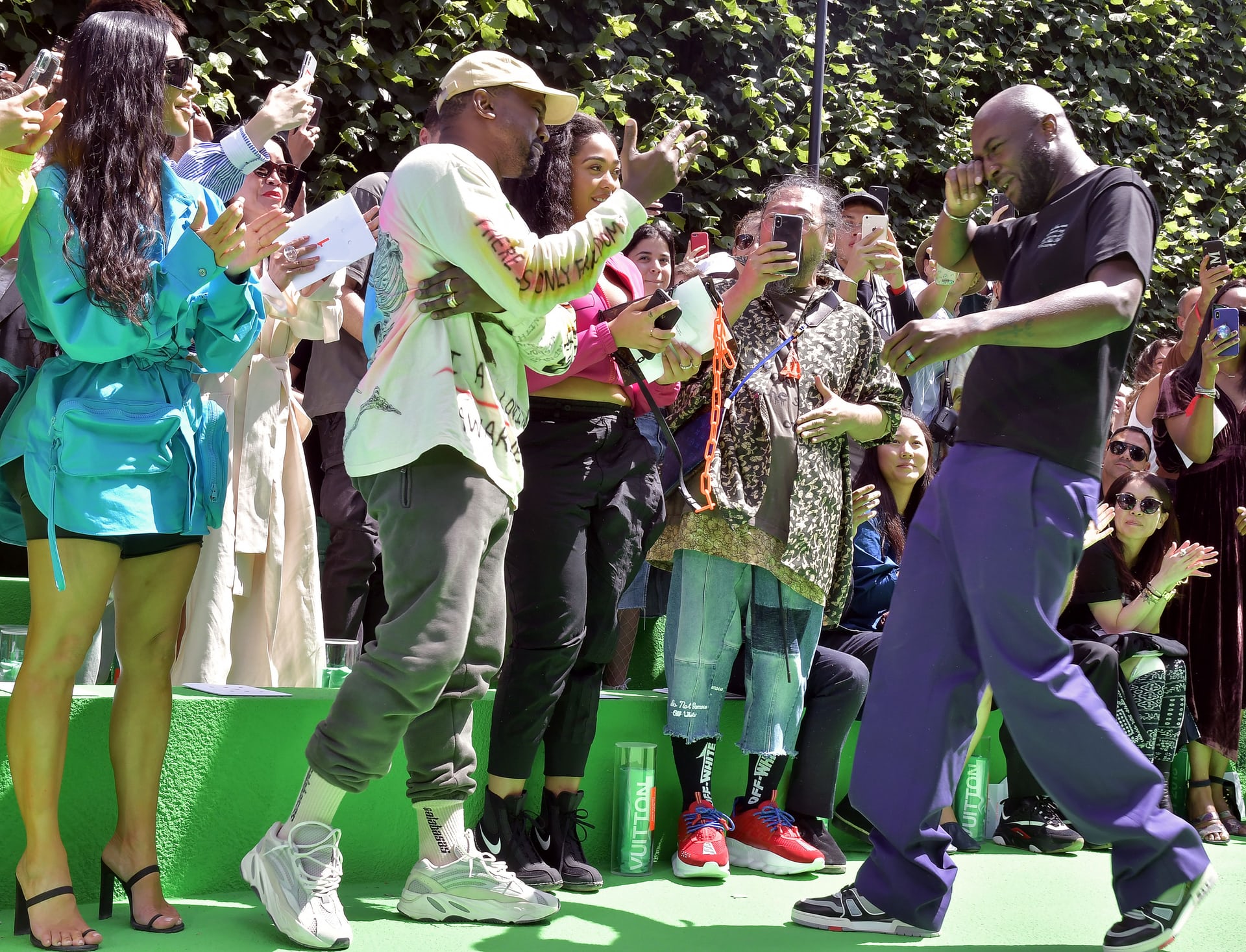 Virgil Abloh, the Ghanaian-American fashion designer who has been known for‎ ‎Leading Louis Vuitton’s men’s wear collection since March 2018, has taken the next big step in his ascent of the fashion industry, as he showed his first collection for Louis Vuitton at the Paris fashion week held this afternoon at Palais-Royale gardens.

Musicians-Fashion designers like Rhianna and Kanye West were on the first row to take in the Off-White founder’s spring ’19 collection for the luxury French fashion house. It was also attended by Bella Hadid, Naomi Campbell, Rita Ora, Kim Kardashian and the likes.

“The biggest goal for a first collection in any scenario is to start so that people can understand the new vocabulary,” he wrote on Instagram before the show, at which each attendee was left a dictionary on their seats, or “a liberal definition of terms and explanation of ideas”, as he put it.

It started with “accessomorphosis”, which he said was as a portmanteau describing the transformation of an accessory into a garment. This formed the basis of the 56-look collection he called Colour Theory.

What makes his new role the most interesting is his unconventional trajectory. The 37-year-old didn’t go to fashion school; instead his formal credentials lie in engineering and architecture and he has had a successful career as a DJ and producer for the past two decades.

In the first three months of 2018, LVMH’s fashion and leather goods arm posted organic revenue growth of 16%. It said it had been helped by its titular brand’s “remarkable start to the year” and would be looking for its new star designer to capitali4se on that.

Abloh, meanwhile, remains humble. He has previously said he “just wants to live up to the greats of fashion”, but is clearly intent on redefining a new era in the process. “Tides change when positions evolve,” Abloh mused earlier this year. In that dictionary, Z stood for: “If you’ve made it this far, thank you for your time.”