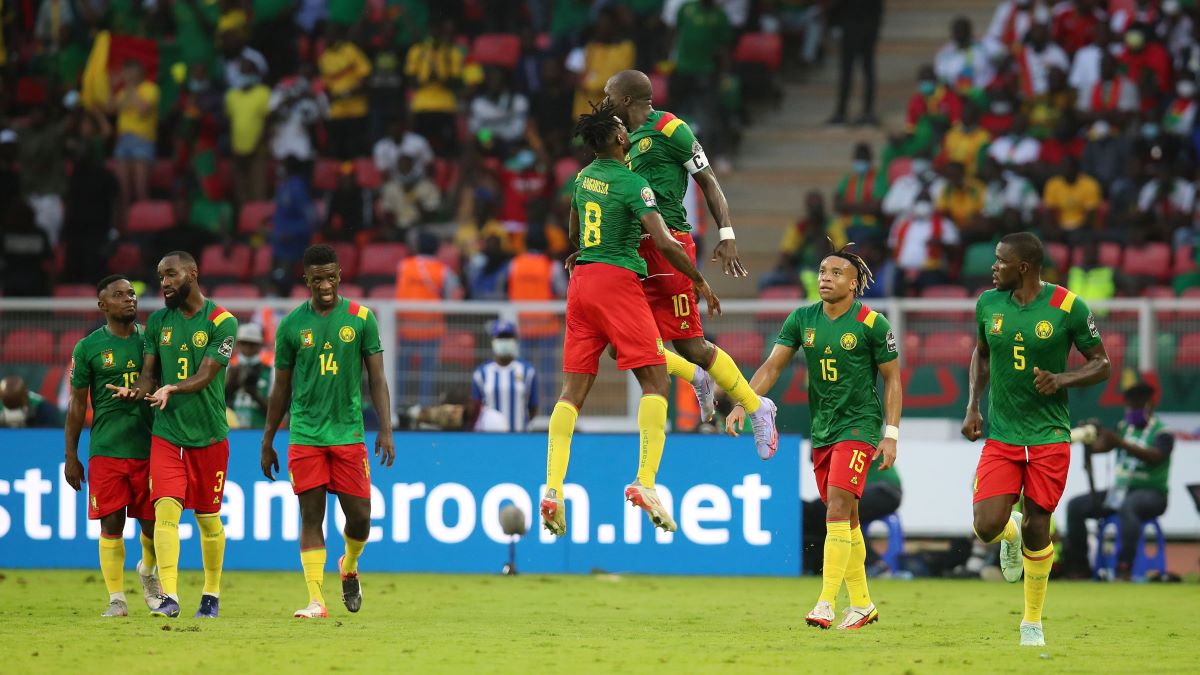 Indomitable Lions captain Vincent Aboubakar scored twice to give host nation Cameroon a 2-1 victory over Burkina Faso in the opening match of the TotalEnergies Africa Cup of Nations, Cameroon 2021.
The host came from a goal down to edge the resilient Stallions at the sold out new Olembe Stadium in Yaoundé on Sunday.

Gustavo Sangare gave the Burkinabes the lead with a ferocious volley after 24 minutes following a defensive howler in the Cameroon box.

Bertrand Traore’s inviting cross into the Indomitable Lions area was not dealt with leaving the unmarked Sangare to volley into an empty goal.

The goal shocked the home fans who rallied behind their team and 12 minutes later they were in wild celebrations after Traore brought down André Anguissa in the box for a Cameroonian penalty.

Aboubakar calmly slotted in the equaliser sending Burkina Faso’s goalkeeper Koffi the wrong way to get his side into the game.

TotalEnergies AFCON 2021 – Match 1 – Cameroon v Burkina Faso (6)
Vincent Aboubakar dispatched a second penalty on the stroke of half time when Fai Collins was fouled by Dayo in the area.

The second saw both teams cancel each other with Cameroon’s goalkeeper pulling a big save inside the first of minute after restart.

Bertrand Traore drilled in a low cross from a set piece on the right which was cleared by Ngadeu towards the path of Ibrahim Traore whose first time effort went into the Ajax keepers body.

TotalEnergies AFCON 2021 – Match 1 – Cameroon v Burkina Faso
Cameroon had the ball into the Burkina Faso goal on 55 minutes but it was flagged offside for Aboubakar’s initial pass to Mouni Ngamaleu.

The victory sends Cameroon to the top of Group A ahead of the second match of the day between Ethiopia and Cape Verde.