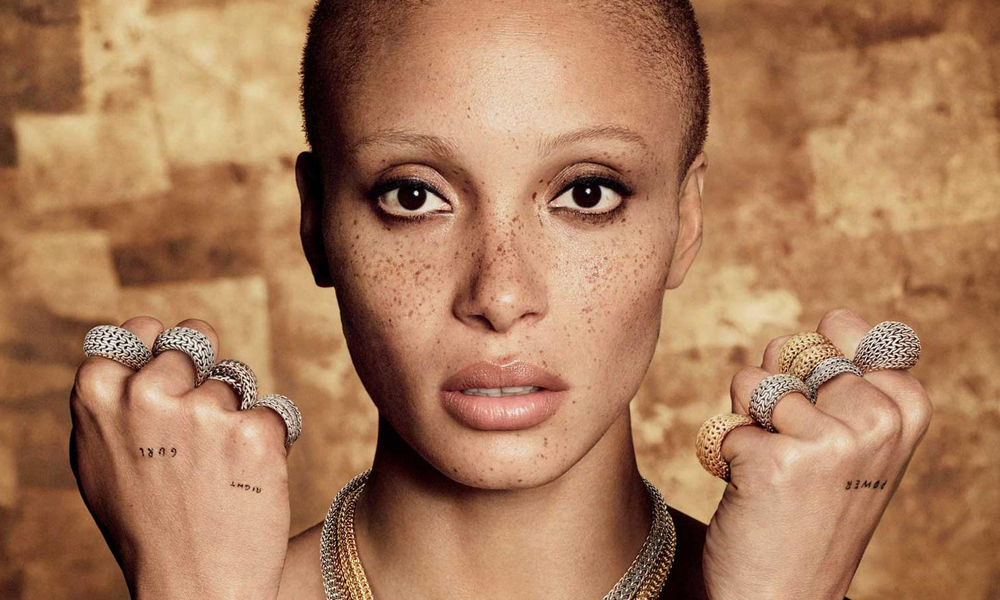 Adwoa Maria Caitlin Aboah is a British fashion model. Adwoa Aboah was born in Westminster, London, England. Her parents are Charles Aboah and Camilla Lowther, both of whom are also in the fashion industry, as a location scout and photography agent respectively. Her father was born and raised in Ghana, and immigrated to England.

Aboah graduated from Brunel University in 2013 with a bachelor’s degree in Modern Drama. Aboah has modeled for Calvin Klein, Fendi, DKNY, Alexander Wang, Theory, H&M, Aldo, Versus (Versace), Topshop, Fenty x Puma, Kenzo, Simone Rocha, and Erdem among others
In December 2017 she appeared on the cover of British Vogue. She has also been on the cover of American Vogue, Vogue Italia, Vogue Poland and I-D.

Adwoa Aboah has been crowned Model of The Year 2017, and she landed the highly-anticipated British Vogue December issue, and a Burberry contract.

Glad you’re not bored of me yet @miumiu #miucciaprada @kegrand @zambishot Thank you for having me in yet another epic campaign AND I got to wear a wig. Mad love to @alasdairmclellan for the banging photos.

In this article:Adwoa Aboah, Fashion, Model of The Week, Vogue